One week until the world's biggest band BTS drops their new track 'Permission To Dance' with participation from British singer-songwriter Ed Sheeran. After several weeks of teasers followed by Sheeran's confirmation about his involvement in their upcoming song, BTS has finally announced their new track ahead of 'Butter' CD single release on July 9 (a day when the group's fandom was announced). 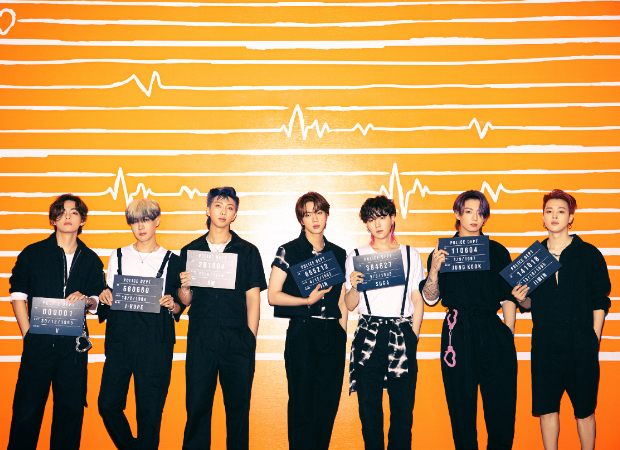 The pop icons just unveiled the tracklist for their upcoming CD single 'Butter' slated for release on July 9. The CD will include 'Butter', the summer song that took the music scene by storm, and a brand new track called 'Permission to Dance' that will get your heart pumping. World-renowned musician Ed Sheeran as well as Steve Mac (co-writer of 'Shape Of You', 'South Of The Border', 'Happier'), Jenna Andrews (co-writer 'Butter'), and Johnny McDaid (Snow Patrol member, co-writer of 'Shape Of You') have participated in making the song. Both the songs will have their instrumental as well in the CD single.

Meanwhile, BTS' dance-pop anthem 'Butter', which released on May 21, is at No. 1 on the Hot 100 chart for five consecutive weeks, making BTS the first Asian act in history to achieve this milestone. The group has broken the tie with Aerosmith and surpassed their 23-year-old record with the track 'I Don’t Want to Miss a Thing'.

It becomes the group's longest-leading No. 1 hit, surpassing the three-week run of 'Dynamite'. BTS has dropped one instrumental and three remixes of 'Butter' - Hotter Remix, followed by Sweeter and Cooler remixes. The group is basking in the glory of their latest English single 'Butter' which has been topping the Billboard Hot 100 charts for four consecutive weeks. 'Butter' single CD will be released in two versions - Peaches and Cream. The new track details are yet to be announced officially. It releases on July 9, 2021.

ALSO READ: BTS members head to the beach in tropical concept photos ahead of 'Butter' CD single release on July 9