Within a few hours of the teaser of ZEE5 Global Original film 14 Phere going live, Twitter has witnessed an overwhelming response from fans, viewers, artists, and critics alike. The film, loaded with 2x the drama and 2x the entertainment, is making the internet go crazy.

Written by Manoj Kalwani and directed by national award-winning director Devanshu Singh (known for Chintu Ka Birthday and Udaan), 14 Phere is a quirky, contemporary, social comedy spiced with drama, chaos, and entertainment. Sharing his excitement for the trailer, popular actor and loving boyfriend Pulkit Samrat retweeted the teaser link shared by his partner Kriti Kharbanda, mentioning his eagerness to watch the trailer.

The cast and crew of this upcoming entertainer were enthused by the teaser of the twice-as-much-fun project. Director Devanshu Singh tweeted saying, “Aa rahe hain lene #14Phere”

Newlywed actor Gauhar Khan tweeted about her upcoming project, penning down her feelings as she shared the teaser of 14 Phere with her Twitter family:

Fan pages of the star cast also showed their excitement right after 14 Phere’s teaser got released. A fan page of Kriti Kharbanda mentioned “We can’t wait for this #14Phere”

Fan pages across Twitter have been congratulating and extending their warm wishes ever since the teaser of 14 Phere came out.

In addition to bringing you the latest and best of Bollywood, ZEE5 Global has a truly diverse content lineup to entertain everybody in the family. Recently, the streaming platform launched in the US and Canada with Actor, Producer, Activist, and Entrepreneur Priyanka Chopra Jonas joining Archana Anand, Chief Business Officer, ZEE5 Global in unveiling the brand and its massive content lineup of over 130,000 hours of movies, TV shows, Originals and more. The best part? ZEE5 Global will add over 100 hours of fresh content daily, providing a dose of never-ending entertainment for viewers, no matter where they are located! 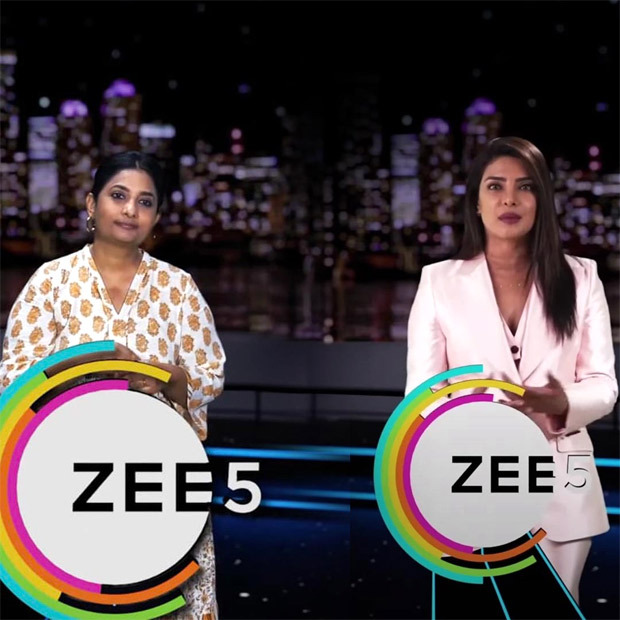 Speaking at the launch, Archana Anand, Chief Business Officer, ZEE5 Global had said, “We see ZEE5 as being a powerful bridge between the Indian and South Asian diaspora and their culture, their language, their entertainment. I am confident that we will become the preferred destination for South Asian content and woo both TV and Streaming loyalists across all age groups and across both South Asian and mainstream audiences in the shortest possible time.”

ZEE5 Global is no stranger to producing compelling stories. Along with its TV programming, the platform also has the comedy crime-thriller web series Sunflower, the inspiring biographic tale Jeet Ki Zidd, blockbuster movie Kedarnath and action-thriller Taish available for streaming. Its Original State of Siege: 26/11 web series is a critically-acclaimed 8-episode action thriller based on the 2008 Mumbai terror attacks. ZEE5 Global has also brought the same team behind the web series to premiere an Original movie titled State of Siege: Temple Attack.

Also Read: Kriti Kharbanda opens up about battling Malaria while shooting for 14 Phere