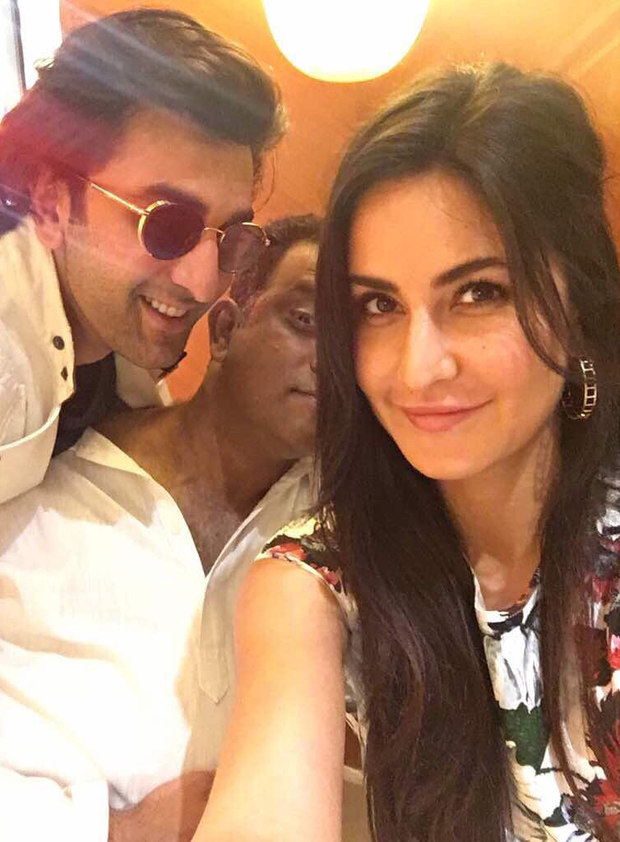 It was only at the beginning of 2016 when the news broke that Ranbir Kapoor and Katrina Kaif had ended their relationship. Although they had never accepted it publicly when they were in relationship, they were pretty serious. But, the relationship came to an end after six years. This was also during the time when they were shooting for Anurag Basu’s Jagga Jasoos.

Even after they breakup, it was learned that Ranbir Kapoor and Katrina Kaif were professional on the sets of the film. Now, almost one and half years later, they finally made their first public appearance since the break up and they looked simply cordial and happy.

The second song ‘Galti Se Mistake’ was launched on Friday afternoon in the presence of the lead actors and director Anurag Basu. They shared fun banters during the conversation with the crowd. Katrina Kaif ended the day with a cute selfie with Ranbir and Anurag. One can say that these exes are quite friendly. She captioned the goofy selfie as, “Jagga Jughead Aur Voh @anuragsbasu #JaggaJasoos #RanbirKapoor.”

Directed by Anurag Basu, Jagga Jasoos is a story of a young detective who sets out to look for his missing father. But, this leads him on a life-changing adventurous journey. The film is scheduled to release on July 14, 2017.