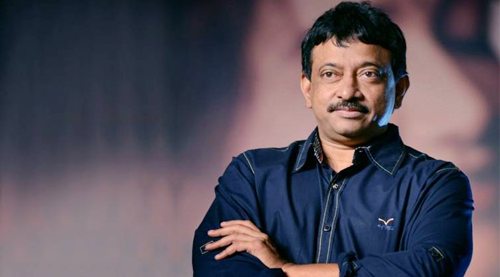 Firstly the question everyone wants to ask...where are you for the last 2 years?

I died and went to hell but recently due to my fairly decent behaviour they gave me a furlough and sent me back.

When do you return to Mumbai?

The south version of my new film Killing Veerappan is releasing on December 11. I am shifting back to Mumbai immediately after that

Your book Guns & Thighs has caused a sensation even before release by referring to Sridevi's thighs. Boney Kapoor is very upset you?

To start with, the title "Guns and Thighs" came from my exposition of how the populist cinema of the 80's influenced me, whether it is Amitabh Bachchan's gun in Deewaar or Sridevi's thighs

in Himmatwala... If you remember the media used to refer to her as Ms. Thunder Thighs.

Yes, but she is now a wife and mother?

If Boney is upset, I would advise him to read my article in the book before reacting to a random misquote. I doubt anyone in her entire career would have praised her more than me. Anybody who reads

What prompted you to write this book at this stage of your career?

Every person will have something to say and more than anyone else a film maker... But in the course of the film if I am dealing with various characters in the context of a story, I can say only so

much. But a book gives me the opportunity to have a direct one to one contact with the reader

Your latest film on Veerappan is ready for release. What prompted you to get into that territory?

It is well known that I have an affinity to dark rebellious characters. I have always been fascinated with Veerappan but was wondering at what possible section of his life I should film. By chance

How difficult was it shooting in the jungle?

When are you making another Hindi film?

Sooner rather than later. I am not finished yet.