Last Updated 26.05.2022 | 11:30 AM IST
feedback language
follow us on
Bollywood Hungama » News » Bollywood Features News » Bigg Boss 15: The tussle between Devoleena and Rashami continues as they get into, yet another verbal spat

As Bigg Boss15 is leading up to its Grand Finale, the roads are getting narrow with each passing day. The battle inside the house has become grim for the housemates as they still fight with all their might to reserve a seat for themselves in the top contestants. The ticket to the finale task in Bigg Boss 15 has left the contestants divided. Devoleena Bhattacharjee and Rashami Desai who entered the house as friends have now turned foes. 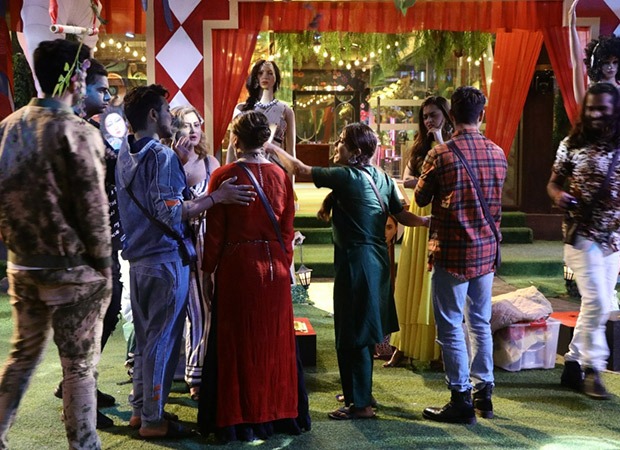 Bigg Boss 15: The tussle between Devoleena and Rashami continues as they get into, yet another verbal spat

A massive fight between Devoleena Bhattacharjee and Rashami Desai erupts during the task, as Rashami loses her temper and accuses Devoleena of manipulating Rakhi. The tussle between Rashami and Devoleena does not seem to end soon. Rajiv Adatia who made a comeback on the show as 'Ringmaster' is discussing Rakhi's choices for the 'Ticket To Finale' week. She tells him that she has two choices, Rashami and Devoleena.

Rakhi on the other hand also plots a shrewd game with Rashami. She initially tells Rashami that Devoleena has refused her to give the 'Ticket To Finale' but she would eventually support her. Rashami smells something fishy and accuses Devoleena of manipulating Rakhi. She further blames her by saying, "Tu sabse badi, jhooti, fraud hai". With the war of words erupting between the two friends, Rakhi has to make the tough decision of choosing one out of the two for the 'Ticket To Finale' Week.