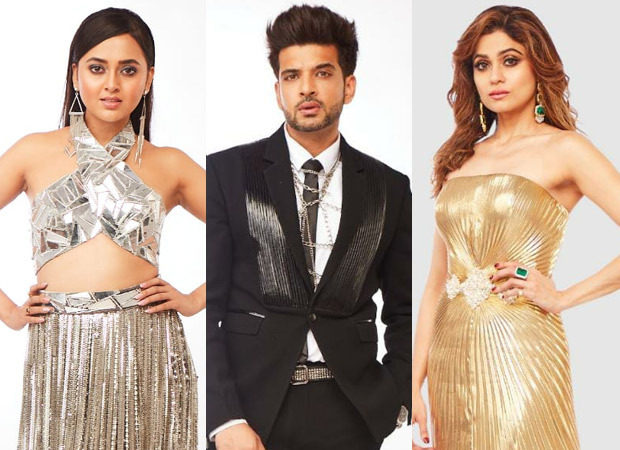 Recently, Tejasswi Prakash who's been constantly a source of entertainment in the house  mocked Karan Kundrra and teased him by Shamita Shetty's name. It was when Tejasswi Prakash, Akasa Singh, Vidhi Pandya, Miesha Iyer, were gathered around the kitchen area and Tejasswi asked Karan if he liked Shamita.

To which, Karan replied, "I have never ever spoken to her in my life and either way, she has a very strict personality." After this, all of them bursts into great laughter.

Later, Tejasswi also says that the 'Gharwaasis' Shamita Shetty, Nishant Bhat and Pratik Sehajpal have united. She said that they were seen sitting in the garden area and discussing game plans. Karan Kundrra convinced the girls that it would be a delusion to think that the 'Gharwaasis' are going strong.