Actress Sara Ali Khan will be seen as the special guest in the upcoming episode of Bigg Boss 15's Weekend Ka Vaar. Sara Ali will be seen promoting her upcoming musical love saga Atrangi Re. Apart from that, she'll be also seen having a gala time with the host Salman Khan. Sara looked absolutely gorgeous as she donned an ethnic lehenga. While Salman on the other hand looked absolutely handsome in a white blazer paired with a blue shirt and denims. 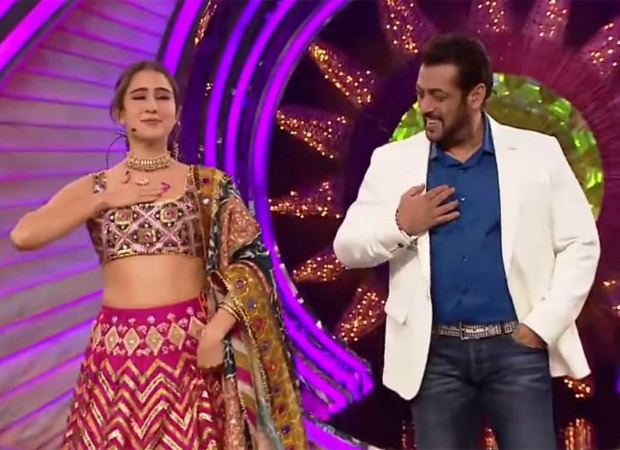 Sara has been promoting her song and film in full swing. As the actress has now arrived on the sets of Bigg Boss, she even made Salman Khan groove to the tunes of her latest number 'Chaka Chak' from Atrangi Re. Apart from that, Salman Khan was even seen cracking a knock-knock joke with Sara that left her splits. The moment Sara asks ‘Sara who’, Salman then starts singing ‘Sara Zamana, Haseeno Ka Deewana’ song in full zest.

ALSO READ:Sara Ali Khan performs with Madhuri Dixit to ‘Chaka Chak’ from Atrangi Re with a twist