The game of Bigg Boss 15 is known for taking a toll on relationships. In the past seasons, we've witnessed a lot of relationships taking birth and breaking inside the BB house. This season too seems to be the one where two close friends have come at loggerheads with each other. 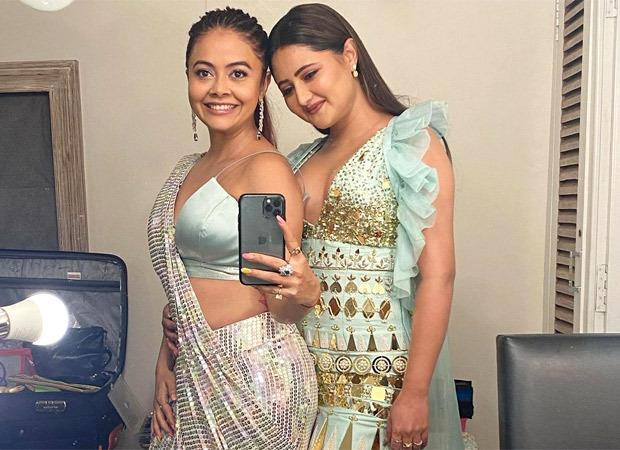 Bigg Boss 15: BFFs Rashami Desai and Devoleena Bhattacharjee get into a nasty argument

In the latest promo released by the channel, BFFs Rashami Desai and Devoleena Bhattacharjee can be seen locking horns with each other over Umar Riaz. The promo shows Devoleena and Rashami trying to sort out things with each other. Devoleena can be seen expressing her frustration with Rashami's decisions favouring other contestants. To which Rashami tells her that she also feels being sidelined by her.

Following this, Devoleena mentions Umar Riaz’s name which doesn’t go well with Rashami. Devoleena further alleges Rashami that she is playing a safe game and asks her to accept it. Rashami gets really furious after Devoleena mentions about Umar and says, “Baar baar Umar par kya pahuch jati ho. Are Rashami Desai khadi hai baat kar na". Apart from that, the two actresses will be also seen going against each other during the 'Ticket To Finale' task.

ALSO READ:Bigg Boss 15: Rashami Desai stands up for Shamita Shetty against all the VIPs