Nora Fatehi and Guru Randhawa will be appearing on the upcoming episode of Bigg Boss 14 to promote their latest track ‘Naach Meri Rani’ and also as part of the Dussehra celebrations. Colors channel shared the new promo of the episode where Nora is seen throwing a challenge to the male contestants of the house. 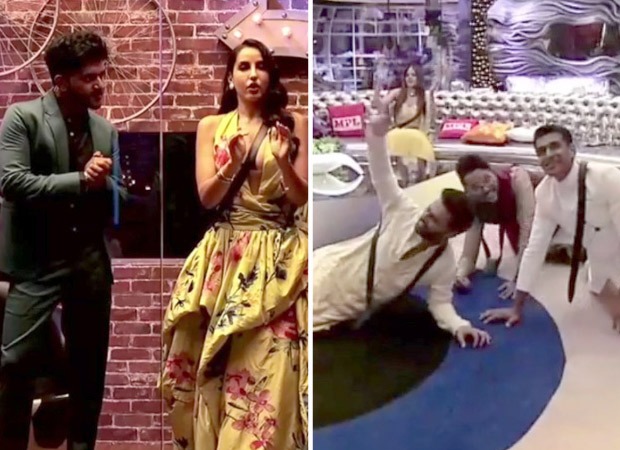 Dressed in a yellow gown, the promo video starts with Nora and Guru dancing to the tunes of their latest track ‘Naach Meri Rani’. They settle down and then Nora challenges the men in the house to perform the ‘Garmi’ hook step. The contestants try their best to perform Nora's trademark step from the film ABCD 2. The contestants are seen lying facing the ground trying to perform the hip movement while sliding on the floor. The female contestants and Salman are seen laughing at this sight. While they all are laughing, Salman pulls Nora's leg and says, “Nora what are you making the boys do on the floor?”

In 2015, Nora had entered the Bigg Boss house as a wild card entrant in its ninth season. She spent three weeks inside the house until she got evicted in the 12th week.

ALSO READ: Bigg Boss 14: Salman Khan reminds Rubina Dilaik that he is the host and not her competitor; asks her to not use his name