Nishant Singh Malkhani was ‘rejected’ by the "Toofani" seniors soon after he entered the reality show Bigg Boss 14. And as a punishment, he, along with three other contestants, was made to stay in the garden area of the Bigg Boss house. Well, the young lad has earned his position in the house and is an ‘approved’ fresher now. 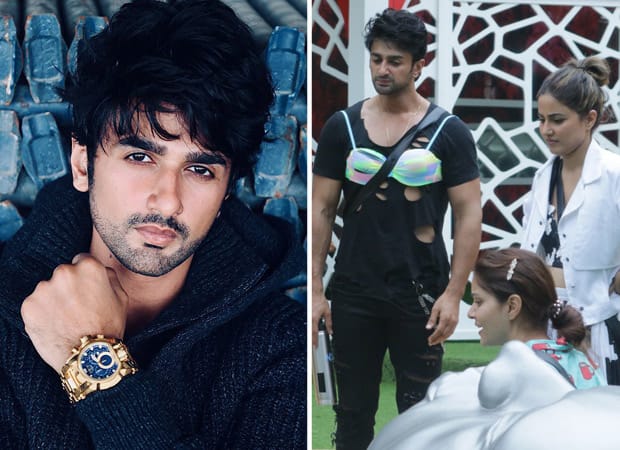 On day 3, Bigg Boss announced that the toofani seniors can allow the rejected contestants to enjoy the luxuries and comfort of the house, only if they perform the tasks. The Ram Milaayi Jodi actor was asked to sport a bikini top over his t-shirt for a week, and without any second thoughts, he agreed to do it. The actor had earlier mentioned that he just wants to remove the "Rejected" tag, and so for his next task, he was asked to get "Rejected" on his forehead and he will also have to wish the seniors every time he sees them and will have to say, "Hi. I was rejected." He did not mind doing that also. His quick reaction earned him a lot of appreciation from the housemates. Co-contestant Jasmin Bhasin was even heard telling Nikki Tamboli that "Wearing a bikini top all the time is difficult because sometimes your ego stops you from doing such things."

Next, Bigg Boss said that only three rejected contestants can enter the Bigg Boss house, but they need to decide it among themselves that who those three will be. Though he, Sara Gurpal, and Jaan Kumar Sanu agreed that Rubina Dilaik's performance was not good, Nishant said that he will not let her stay alone in the gardenWell, Nishant in his introduction video had said that he can't see any woman in pain and has never been disrespectful toward women and can't see anyone else disrespecting them either.

The Guddan Tumse Na Ho Paayega actor is now an ‘Approved Fresher’ and is enjoying the comforts of the house. In the next episode, the contestants will be given a new task where they have to impress queen Gauahar Khan, let's see how the young lad impresses her.