We already told you that Deepika Padukone was recently at the Bigg Boss 13 house to promote her film Chhapaak. The actor was accompanied by acid attack survivor Laxmi Agarwal whose life story inspired the film, and co-star Vikrant Massey. The housemates were elated to have the actor with them, and how! 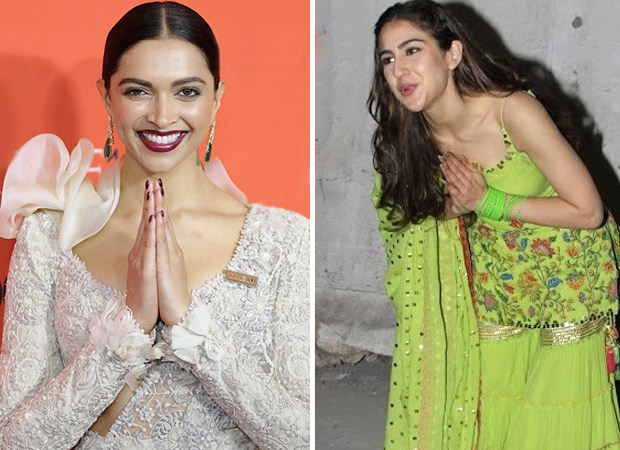 As she stepped inside the house, Deepika smiled at host Salman Khan, and greeted him with a Namaste. Salman's humour was at work, and he laughingly said, "Amit ji kab ban gayi?" Those familiar with Bachchan's appearances would know that he indeed appears as a humble man and would greet everyone with a Namaste. But no, Big B wasn't Deepika's inspiration! She laughed and said that her gesture was influenced by Sara Ali Khan. Now, for those uninitiated, Sara's signature Namaste to the paparazzi has also become quite a known thing.

Sara would be glad to know that she passed on her habit to Deepika!

Deepika also took out a group of participants for a joyride after they won a task. However, the particularly intense portion of the episode was when participants were asked to recall one hard-hitting experience from the past and Arti Singh opened up on facing a rape attempt at the age of 13.