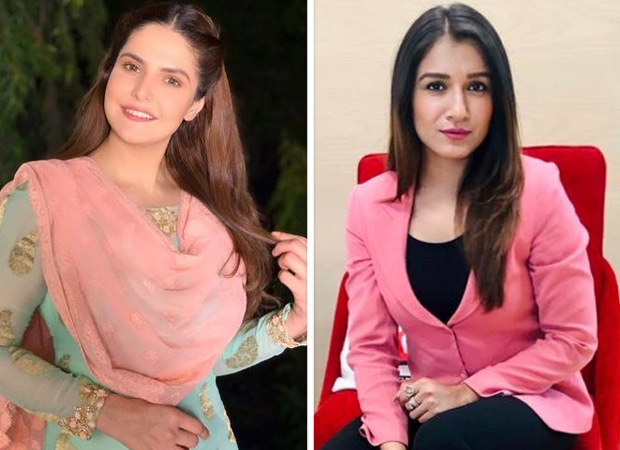 Zareen took to her Instagram handle and posted a story that read, "Shame! It's sad that being a woman, and an intelligent one at that, I suppose, considering she's a journalist, this is what she is towards other women.”

"She not only body-shamed Rashami Desai but also did not hesitate to bring up Arti Singh's personal life, in the name of doing a task," she further wrote. 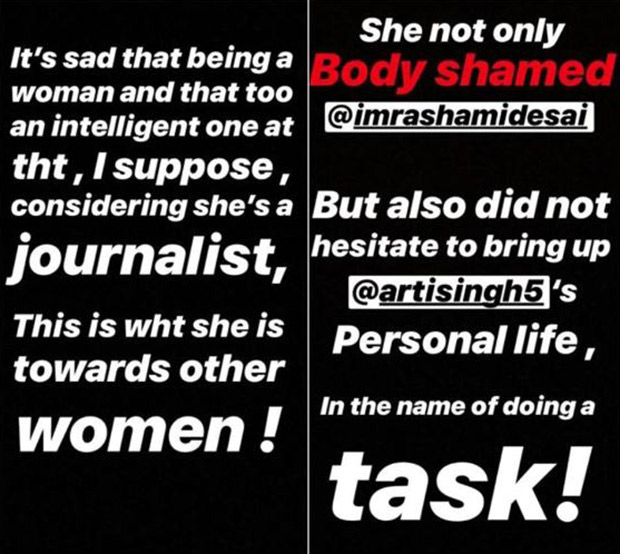 A few days ago, in a task named Bigg Boss Hospital, the participants were divided into two teams, where one was acting as the doctor’s team while the others were the patients. During the task, Shefali was the doctor and was treating her patients Rashami and Arti for hearing impairment. Between the tasks, she dragged Arti’s past and brought up her broken marriage. Arti broke into tears.

Also Read: Bigg Boss 13 Weekend Ka Vaar: Salman Khan loses his cool on the contestants, asks them to ‘get out of my house’