The hugely acclaimed actress visited a theatre in Shenzhen today which turned out to be a hugely emotional moment for her. A viewer with speech disability was so touched by the message of the film that he sketched the poster of Hichki on spot and gifted it her to show his love for the film. 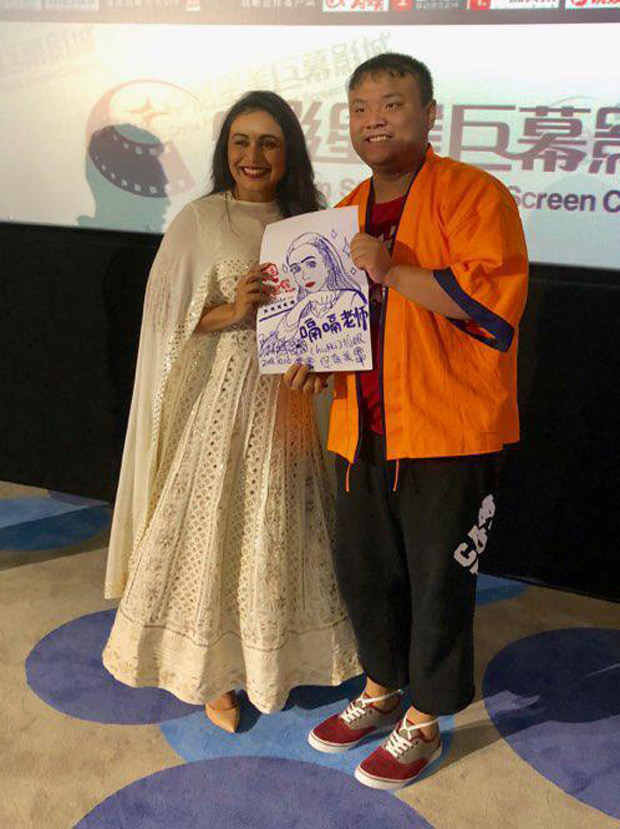 Rani Mukerji is promoting her hit film Hichki in China currently and the film is certainly moving audiences there. The heart-warming and inspiring film has a progressive message of beating stereotypes and it was shown to a packed theatre in Shenzhen. Rani was so touched with the reaction from audiences, especially from a viewer with speech disability, that she was moved to tears. 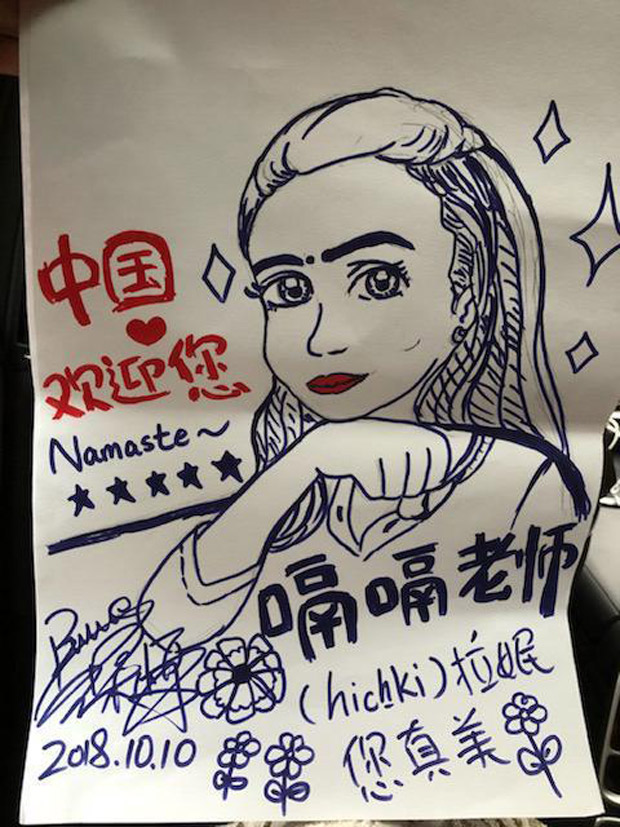 “Rani went to a theatre in Shenzhen today and the audiences loved the film. They clapped enthusiastically and cheered for Rani when she was welcomed on stage. Rani was emotionally overwhelmed when she met a young man with speech disability. He was so moved after watching the film that talks about overcoming one’s disabilities and thus becoming a success story, that he drew a Hichki poster for Rani in flat 5 mins and presented it to her as a gift,” says a source from China.

The informer adds, “The poster he made says ‘Welcome to China’ and ‘You are Beautiful!’ It also has the Chinese title of Hichki (Teacher with Hiccup). Rani thanked the young man and communicated with him through sign language which she had learnt for Black. He was delighted to learn that Rani knew the language and they had a quick chat about the movie and its positive message.”

Rani will be promoting the film in 5 cities in China namely Beijing, Shanghai, Shenzhen, Guangzhou and Chengdu. Rani’s performance as Naina Mathur, a school teacher dealing with an involuntary nervous system disorder, Tourette syndrome, has been widely loved by audiences and critics alike across the world. Her brilliant performance has seen her sweep awards and accolades in India this year.

Hichki has also been receiving worldwide acclaim and honours. It received a standing ovation at the Shanghai International Film Festival (SIFF) and then at the Indian Film Festival of Melbourne (IFFM) where Rani was again awarded the Best Actress award.