Bigg Boss 12 is now in its fourth week and things have already started heating up in the house. The entry of a wildcard ex Roadie contestant Surbhi Rana and the shocking twist of eliminating Anup Jalota, only in the eyes of the inmates, provided much needed entertainment this week. Yesterday’s episode can be rated as one of the most violent chapters in the history of Bigg Boss. Thanks to the ongoing Jail break task which will also determine luxury budget for the inmates, the entire house was disrupted yesterday. As expected, Sreesanth gave up early on the task which led to his team getting extremely disappointed in him. Shivashish was accused to cheating by Karanvir Bohra, Sreesanth, Sourabh, Romil. Before the task started the next day, Bigg Boss warned inmates to speak only in English and well, Deepak and Surbhi gang up against Karanvir, Sreesanth and Shivashish who speak in English in house. 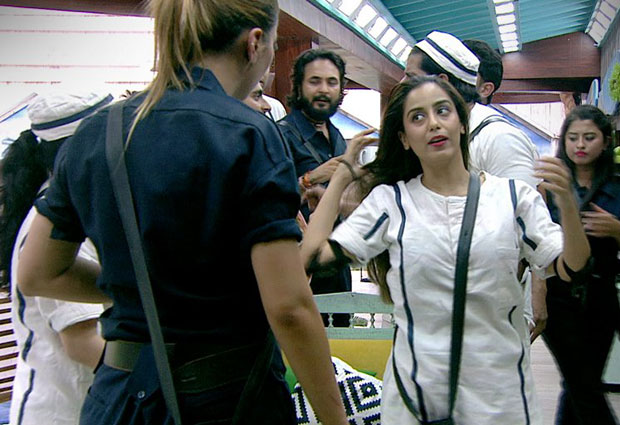 Meanwhile, Jasleen Matharu is seen bonding with Shivashish in absence of Anup Jalota. Just as the luxury task began, it led to major scuffles between housemates trying to outperform each other. The major highlight of yesterday’s episode was Surbhi getting all aggressive with Srishty Rode. She hurt her badly as Srishty’s hair got entangled, thanks to Surbhi and this led to a major fight in the house. Surbhi apologised but Srishty was in no mood to accept it. All other housemates were also irked by Surbhi’s violent streak and abusive behaviour.