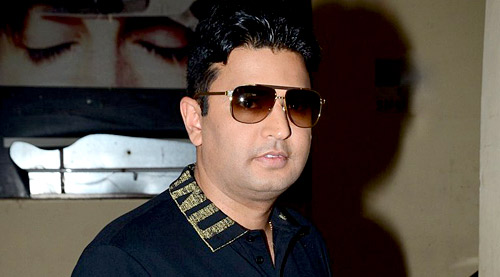 Earlier this year when Akshay Kumar's Baby was released, it was a unanimous decision taken by the team to make it a song-less affair. It was felt that bringing in the songs would disturb the thrilling narrative of the Neeraj Pandey film. Yes, there was an end credit song ('Beparwah') picturised on Esha Gupta but that was not an integral part of the film's promotion.

Now for his next release Airlift, which again belongs to the thriller-drama genre, it is going to be change in plans.

"Yes, there are songs incorporated into the film," confirms our source, "In fact there are as many as four songs in there, and each one of them is as commercial as it gets. Agreed that Airlift too belongs to the thriller-drama genre. However, there are ample situations in the film where songs can just blend in seamlessly."

While being in the business of making films for a quarter of a century now, Akshay Kumar indeed has impeccable clarity around what good music can do to a film. Moreover, with music moghul Bhushan Kumar as one of the producers of Airlift (he had made Baby too and let go of the temptation of incorporating music back then), it was a no-brainer to get music do the talking. He truly felt that the script of Airlift warranted songs to be placed in there. No wonder, the four tunes put together by Amaal Malik and Ankit Tiwari would be heard quite prominently in next two months of the film's promotional drive.

"That's correct," producer Nikhil Advani confirms, "Bhushan, director Raja Menon and myself have worked together to bring on songs that are intrinsic to the script and blend well into the narrative. Given the authenticity of the film (its Middle East setting in the 90s), we had to make sure that the music too followed suit. Hence, the instruments too come from the same time period."

While there is a party song right at the beginning of the film, a love song, qawalli and a patriotic number are other musical highlights. Tell him that from Baby to Airlift, it has been quiet a shift when it comes to incorporation of music in a similar genre film and Nikhil shoots back, "Unlike Baby which dealt with a RAW agent who had a mission to bring back a terrorist, Airlift is the story of the greatest human evacuation spearheaded by a wealthy businessman. There are wonderful situations for music that we have managed to explore, right before the beginning of war to the celebrations that refugees indulge in the end. In any case, my films will always have music, and not just for the commercial reasons but the fact they are needed for the narrative."

When contacted, Akshay Kumar said, "Airlift needs music. Bhushan too felt that the film would only gain further with incorporation of songs. The ones which the team has selected blend so well with the film. I am happy with everything that has been put together musically for Airlift."

Guess it could well be a mix of thrills and music which would make Airlift special when it is released in the weekend of Republic Day next year.