Varun Dhawan has impressed everyone with the trailer of Bhediya. The film features him in a never-seen-before avatar of a werewolf. The actor also reunited with his Dilwale co-star Kriti Sanon for this creature comedy. During the trailer launch of the film, while talking about the achievements, the actor congratulated his co-star for her recent win at Filmfare Awards for Best Actress for her performance in Mimi, albeit in his self-deprecating style. 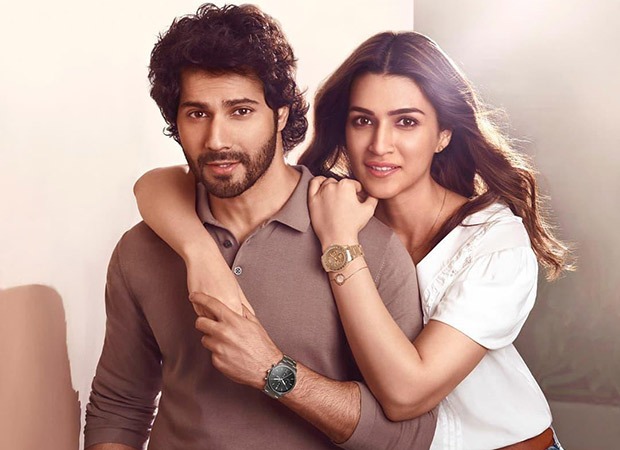 During the trailer launch, Varun Dhawan took the opportunity to congratulate Kriti Sanon on her recent win at the prestigious 67th Filmfare Awards saying, “She won the Filmfare Award for Mimi. That’s a great film. Jinn logon ko nahi mila hai unlogon kaise lagta hai!” added Varun. Interestingly, today marked the 10th work anniversary of Varun Dhawan who set the big screen on fire with his debut Student Of The Year way back in 2012.

Coming to Mimi, the film is an emotional drama with Kriti Sanon turning a surrogate for a foreign couple. Amid her pregnancy, the couple decides to abandon the baby as the doctor's diagnosis states that the baby may be born with down syndrome. The film further showcases the challenges Mimi faces about being a mother.

Talking about Kriti Sanon, along with Bhediya, the actress has four other films in the pipeline which includes the Kartik Aaryan starrer Shehzada, a Hindi remake of the Telugu film Ala Vaikunthapurramuloo. The actress will also reunite with her co-star of Heropanti Tiger Shroff in Ganpath and she also will be seen in the never-seen-before avatar of Sita in the latest onscreen adaptation of Ramayana, Adipurush. The film features Prabhas and Saif Ali Khan as Ram and Raavan respectively.

Speaking about Bhediya, the film is a creature comedy directed by Amar Kaushik. Produced by Dinesh Vijan, the film is expected to hit the big screens on November 25.