Last Updated 27.01.2023 | 10:20 PM IST
feedback language
follow us on
Bollywood Hungama » News » Bollywood Features News » When Nora Fatehi spoke up about breaking down on the sets of Bharat post her breakup with Angad Bedi

Nora Fatehi is known for her impeccable dancing skills. While the actress recently wooed hearts with her performance in the Hindi remake of the Sri Lankan song ‘Manike’ in Thank God alongside Sidharth Malhotra, she is currently also busy judging reality shows. She is currently a part of the Jhalak Dikhhla Jaa 10 judging panel alongside Madhuri Dixit and Karan Johar. The actress, in an interview, however, confessed about the worst phase of her life when she had lost the urge and her passion to work. Readers would be aware that earlier, Nora was dating popular actor Angad Bedi but the two of them broke up on not-so-good terms. A throwback interview has once again resurfaced online where Fatehi opened up about the time she went through depression post-breakup and how she broke down on the sets of the Salman Khan starrer Bharat. 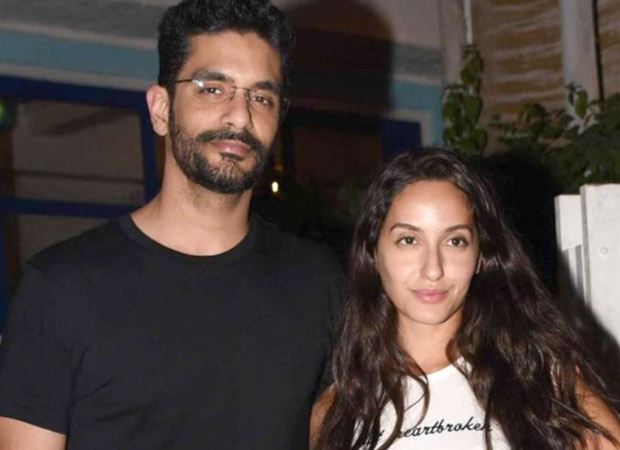 During her appearance on the show By Invite Only, Nora Fatehi spoke candidly about the time she and Angad Bedi broke up and how it affected her mental health. She said, “All girls go through (break up) at least once in their life. For me, it was a little bit difficult because it was an unexpected experience and I was broken by it. I lost my drive for 2 months. However, I must say that experience just transformed me.” Furthermore, she also spoke about how being on the sets of the Salman Khan starrer Bharat changed everything for her. While going through that experience, Nora was auditioning for the Salman Khan, Katrina Kaif starrer, and ended up breaking down on the sets of the film. She shared, “I auditioned among 200/300 people, I was like, ‘Nora wake up! Where is your hunger? There are hundreds and thousands of people who are talented just like you, who are good-looking, who are killing themselves to make that happen, you need to get back’, and suddenly, I got my confidence back and that was it.”

From directing music videos to featuring in some of the most popular songs, Nora Fatehi has gained immense fame for her dancing skills. On the other hand, for the uninitiated, Angad Bedi is currently married to Neha Dhupia and the couple has two kids.

Also Read: Nora Fatehi will not go to Bangladesh; actress’ show gets cancelled after government refuses to spend dollars