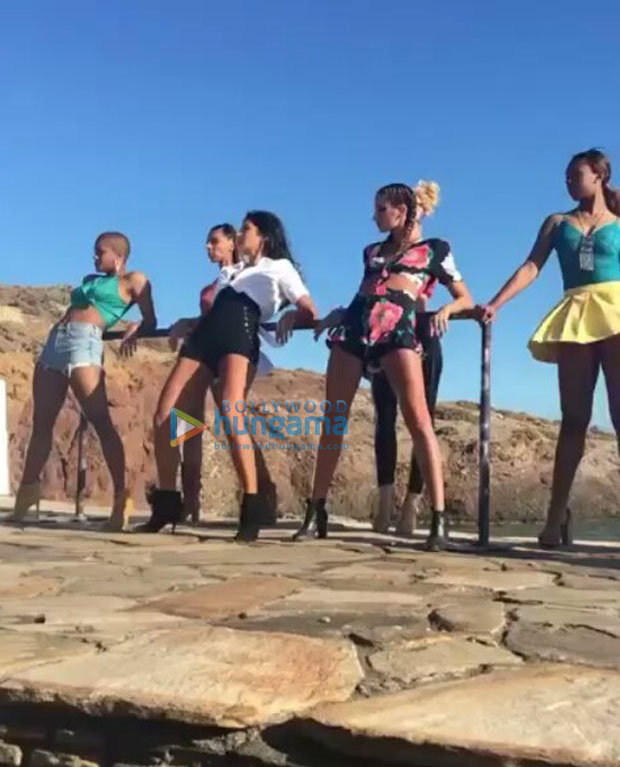 Katrina Kaif, who is starring in Tiger Zinda Hai, looks absolutely stunning and jaw-dropping in the first song titled ‘Swag Se Swagat’. The song released on Tuesday and Katrina Kaif looks hotter than ever.

While the audience is praising the song and dance moves, Katrina Kaif shared a little glimpse of what went down behind the scenes while shooting the song in Greece. Flaunting her drool-worthy figure, Katrina is showing off some smooth hip movements while dancing with a bunch of dancers. Wearing a white shirt with black high waist shorts and boots, Katrina is killin' the game. Katrina Kaif captioned the video, "Bts........ swag shoot. By @rezaparkview #swagseswagat."

The song has been choreographed by acclaimed choreographer Vaibhavi Merchant. Directed by Ali Abbas Zafar, Tiger Zinda Hai, the sequel to Ek Tha Tiger, will release worldwide on December 22.