Ayushmann Khurrana, who has played versatile roles in the past, will next be seen as a cop. But this one is not a film! The actor will be essaying this character in the music video of his own single. Fans of the actor can rejoice, now that he has decided to take on his role as a musician after two years yet again. 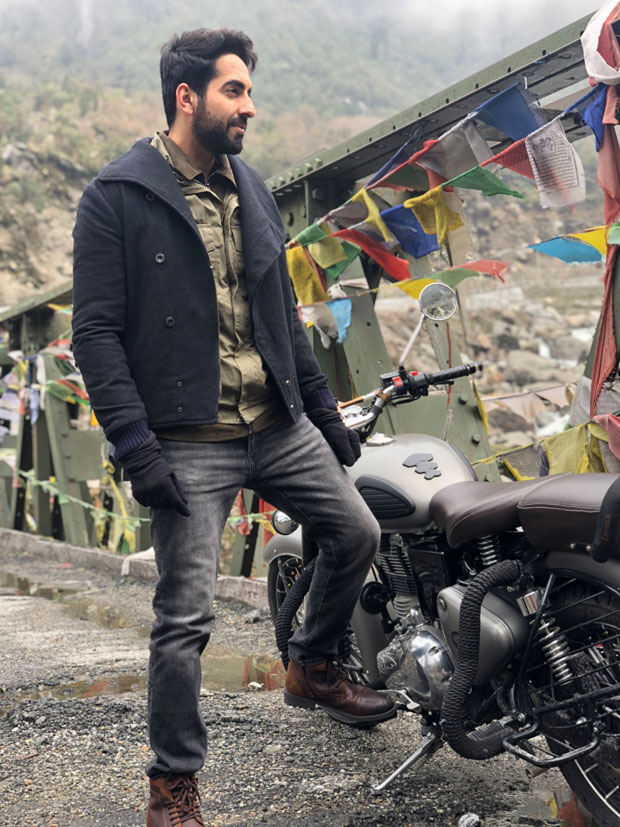 Ayushmann Khurrana, who has been doing only playback singing for his films, is all set to release a single, ‘Chan Kittan’ after two years. In this one, he will not only be playing an undercover cop but he will also be seen alongside South actress Pranitha Subhash. What more? Well, it is directed by none other than Suresh Triveni. With lyrics penned by Kumar and music composed by Rochak Kohli who recreated the Punjabi number, it is sung by Ayushmann Khurrana.

Speaking on working the Tumhari Sulu filmmaker, Ayushmann said, “Suresh Triveni wanted to show me in a different light. I haven’t played a cop in any of my previous films. So he chose to have a character and look I haven’t been seen before in. Suresh himself is a very exciting director to work with. I did a guest appearance in his directorial debut film Tumhari Sulu and I loved the film. I developed a good bond with him there onwards and we wanted to work together. I am glad we are doing Chan Kitthan.”

Owing to his busy schedule, Ayushmann revealed in reports that it was only now that he got the time to record ‘Chan Kittan’ which is produced by T-Series. Talking about working with the actor-singer for the third time for a single, Bhushan Kumar stated, “We are glad to work with Ayushmann again on this beautiful rendition. We have worked together before and it’s a comfort we share that enables us to make good music. I wanted Suresh to direct the video after I saw his dedication and passion for storytelling, and I am happy he did it.” 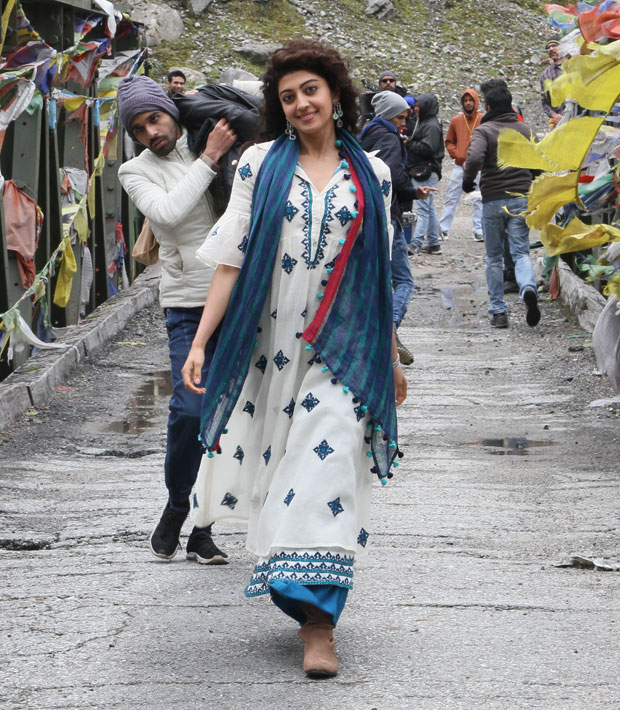 As for the song, it is being said that the song has been shot amidst the picturesque locations in Sikkim which include Khardungla Pass, Tsomgo Lake and Gangtok. If reports are to be believed, some sequences have been shot in Tashi Namgyal Academy, which is a public school.

On the other hand, speaking of the leading lady Pranitha Subhash, who has shared screen space with popular actors like Mahesh Babu, Pawan Kalyan among others, is yet to enter Bollywood.