Super hit movies like Andhadhun, Shubh Mangal Savdhaan star Ayushman Khurana pays his tribute to Bollywood legendary artist Kishore Kumar on his birthday. He posted a video of himself on his Instagram where he was singing Kishore Kumar a song in his loving memory. Khurana is seen singing Papon’s super hit ‘Moh Moh Ke Dhaage’, released in 2015. 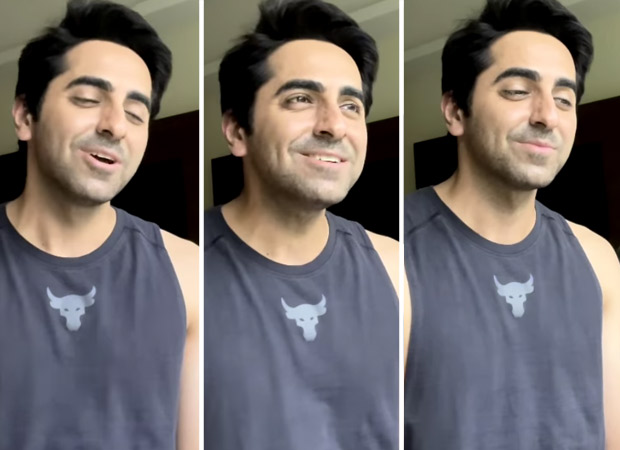 Captioning the video Ayushmann wrote, “Happy birthday Kishore da! You don’t sleep the entire night and then record this early in the morning. And you don’t get sleep coz it’s Kishore da’s birthday. And I’m in his state MP! Bhopal is treating me well. Khandwa, his birthplace is just two hours away from here. And pls welcome @akshayvarma04 , my musician friend, who trained me with the piano in Andhadhun. And now he’s training me with the dialect for Doctor G! As of now “Tu jo kahe jeewan bhar tere liye main gaaoon.” The song of an artiste who is immortal. #HappyBirthdayKishoreDa”.

He also tagged and thanked his friend Akshay Varma, who trained him with piano for his movie Andhadhun and he can be seen playing the same in the background of the video. He also gave a sneak peak him working on his dialect with his mentioned friend, for his upcoming movie.

Khurana is currently working on his various upcoming projects, including Doctor G which will be directed by Anubhuti Kashyap, sharing screen with Rakul Preet. His tribute clearly shows the fondness of the actor with the artist and his works.

Also Read: Kareena Kapoor Khan, Ayushmann Khurrana, Kartik Aaryan, Taapsee Pannu among others to come together for a project