Whenever Taimur Ali Khan is around, he becomes the cynosure for camera lenses. The Khan-Kapoor heir’s smallest activity attracts attention and it seems now the toddler is also getting used to the paparazzi around. And now, yet again the cameras got hold of our adorable Taimur when he was spotted in Mumbai recently. And this time around he was gearing up for a swimming session, albeit with this parents Kareena Kapoor Khan and Saif Ali Khan. 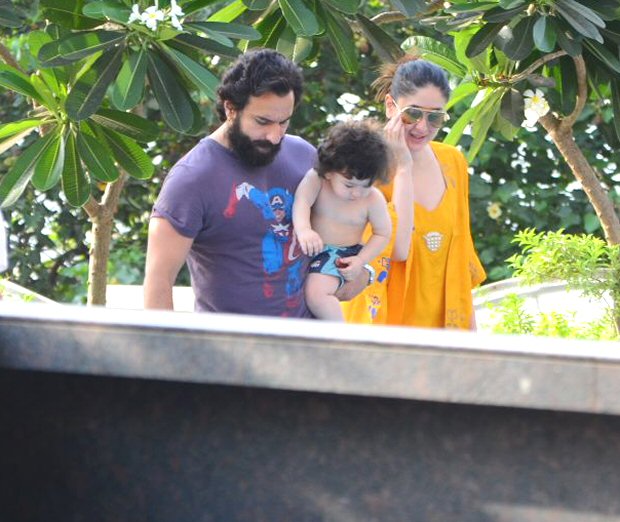 Quite obviously, there have been many instances where we have seen Saif Ali Khan and Kareena Kapoor Khan taking time out from their work commitments to spend time with their son Taimur. The infant, on the other hand, seem to have become a favorite amongst their parents’ friends circle too. May be that’s why he was spotted having a fun time at Amrita Arora Ladak’s residence in Bandra.

Yes, here are a few pictures from his latest swimming session. The parents and their baby were accompanied by the baby’s entourage too. However, it was Saif and Kareena who were taking care of Taimur as he was gearing up to take a dip in the kiddie’s pool at Amrita’s residence. On the other hand, the cameras couldn’t get enough of the little infant who continues to win hearts. 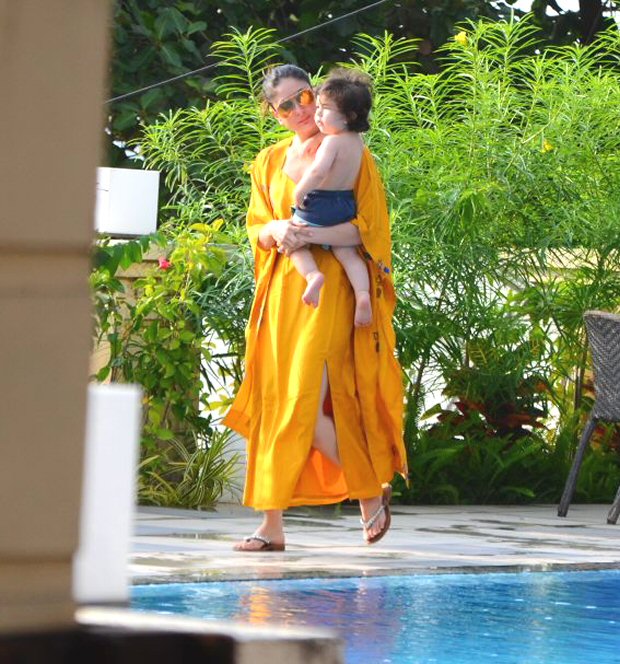 On the work front, Saif Ali Khan was last seen in Kaalakaandi and will now gear up for his next release Baazaar. He will also be doing a historical drama to be directed by Navdeep Singh. The actor has apparently also signed Batla House based on true incidents.

As for Kareena Kapoor Khan, she continues with her brand endorsements. She has a major release this summer in the form of Veere Di Wedding. Co-starring Sonam Kapoor, the film is slated to release on June 1.