Athiya Shetty has been rumoured to be dating cricketer KL Rahul for a while now. They are often seen in photos together. It's only now KL Rahul has shared a photo with Athiya that has left fans with many questions. 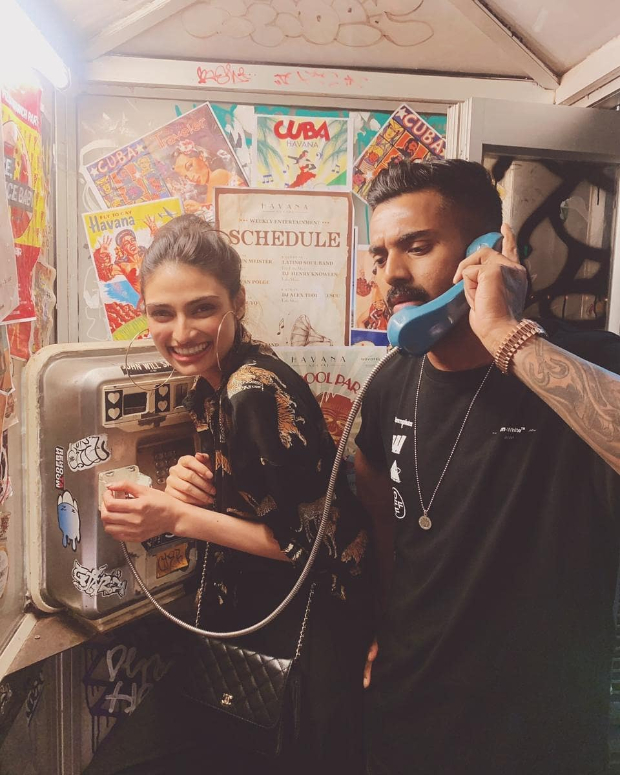 On Saturday, the cricketer took to Instagram to share the picture with Athiya Shetty which shows the two of them inside a photo booth. He is holding the phone receiver, while Athiya can be seen laughing in the picture. The caption has Hera Pheri reference, “Hello, devi prasad....?”

The Instagram post got reactions from fans, celebrities including Hardik Pandya who called them cuties, Arjun Kapoor who responded to the caption saying 'Kabira Speaking'. Athiya's dad Suniel Shetty too responded with laughing emojis.

On the work front, Athiya Shetty was last seen in the film Motichoor Chaknachoor opposite Nawazuddin Siddiqui.

ALSO READ: After watching Gopi Kishan, this is what Athiya Shetty used to say to Suniel Shetty