Most of the Bollywood movies from the 90s gave us iconic dialogues, songs and scenes to remember for years to come. Suniel Shetty who was at the peak of his career in the 90s did several action and comedy films during that period. Now, his first comedy film Gopi Kishan completes 25 years and the actor in an interview spoke about the film and its impact. 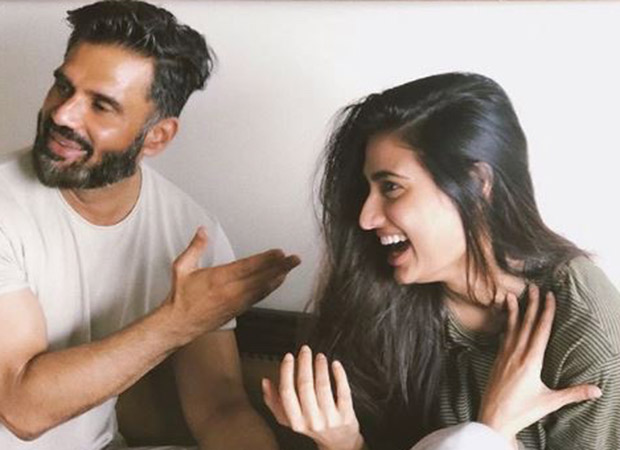 Gopi Kishan saw Suniel Shetty in a double role for the first time. He played the role of a cop and the criminal. The actor said that up until then nobody was willing to cast him in a comedy. He said that the film opened doors of comedy for him and he went on to do films such as Hera Pheri.

The 1994 release is still remembered for its famous one-liner “Mere Do Do Baap”. Suniel Shetty said that he never imagined that such simple dialogues and situations would become so iconic. The actor wonders where the child actor is who shot to fame after that one scene. He further said that whenever people saw him in public they would say “Mere Do Do Baap”. Even his daughter Athiya, after watching the film started addressing him as "Mere Do Do Baap". He used to tell her that it is not funny but she loved it and kept repeating.

Suniel Shetty said that the film was one of the first few Bollywood films which kick-started the trend of the remake of a south film. The film was a remake of the Tamil film- Avasara Police 100 (1990).