Shah Rukh Khan may be a superstar but when it comes to his kids, he is just a doting dad. The actor’s kids always steal the limelight and are definitely paparazzi’s favourite. Even Shah Rukh Khan admits that he can’t stop clicking pictures of his kids. His elder kids study abroad and are often snapped by shutterbugs when in India. Aryan Khan recently accompanied with mom Gauri Khan and dad to the grand bash of Ambani where Suhana Khan has been enjoying her summertime in London. Now, the entire Khan family including tiny tot AbRam Khan have flown off to Barcelona for a vacation. 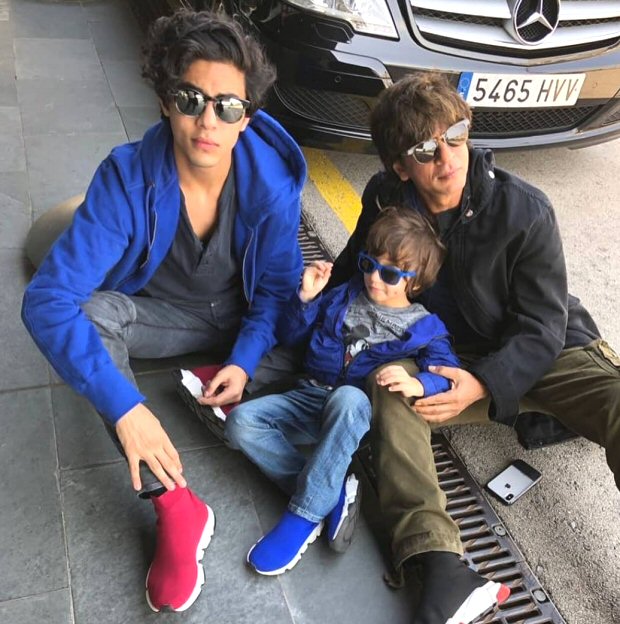 Gauri Khan, on Sunday evening, shared two photographs of her boys Shah Rukh Khan, Aryan and AbRam chilling on the streets and soaking the sun.  In one photo, all the three Khan boys are posing with their sunglasses on whilst in another one Aryan is just chilling his with little brother.  “Best a woman can get… soaking the sun with my boys in Barcelona,” she wrote alongside the picture. Another picture was absolutely adorable where Suhana Khan is giving a sweet kiss her daddy. The caption on the photo simply reads, "Sunkissed" as the father-daughter duo enjoyed the beautiful sunny weather. 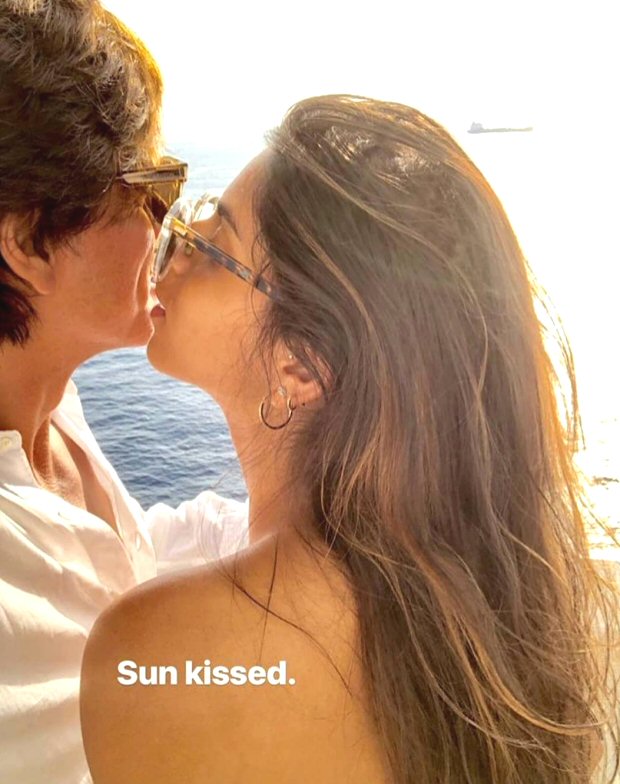 Just a week ago, SRK celebrated his 26 years in the film industry. He shared a heartfelt post hoping that he has touched the hearts and lives of people with his work during his long journey. 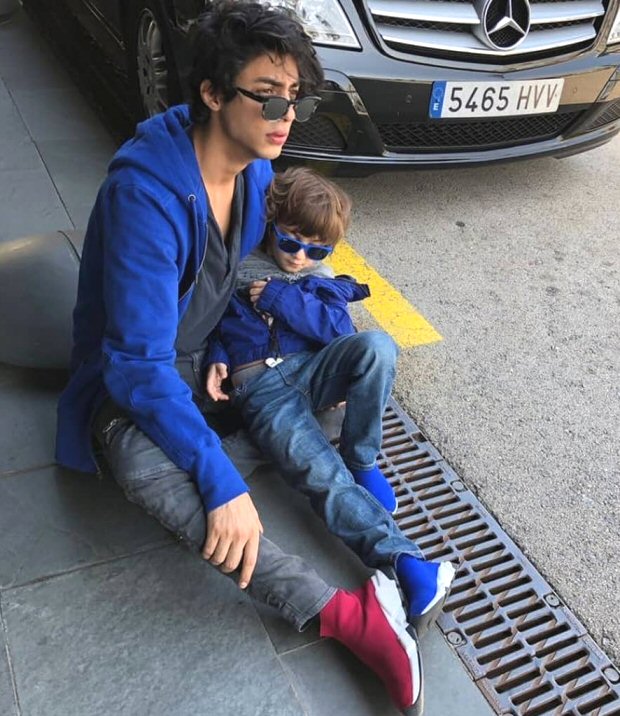 On the work front, Shah Rukh Khan’s next film Zero is helmed by Aanand L Rai. He recently wrapped up the film in Orlando. SRK will essay the role of a vertically challenged man. Katrina Kaif and Anushka Sharma star in leading roles. This film will not only show SRK in a different avatar but will have some of the most amazing cameos. Salman Khan, Kajol, Rani Mukerji, Karisma Kapoor, Alia Bhatt among others. This will be, technically, the last film of late actress Sridevi. Zero is slated to release on December 21, 2018.

Also Read: Shah Rukh Khan bids goodbye to Suhana Khan and Aryan Khan as they leave for their school