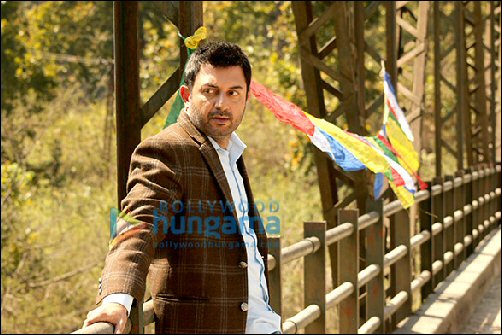 Arvind Swamy, who made his Hindi film debut with Mani Ratnam's Roja is all set to return to Bollywood with debutant director Tanuj Bhramar's film Dear Dad. The actor chose to return with this film because he found the subject intriguing.


Dear Dad is a bittersweet coming of age story; involving a father-son duo, 14 year old Shivam, and his 45 year old dad Nitin Swaminathan. The father-son duo embarks on an impromptu road trip from their home, in Delhi, to Mussorie (Uttarakhand), where Shivam attends boarding school. Unexpected confessions, weird strangers, accidental meetings, a drunken escapade and singing in the rain - all these add up to a complicated and sweet tale.


Arvind Swami states that films like these don't get made very often and such stories need to be told. He will be seen essaying the role of a father in the film. The poster will be out on April 1, 2016 and the teaser is expected to be out in the first week of April.