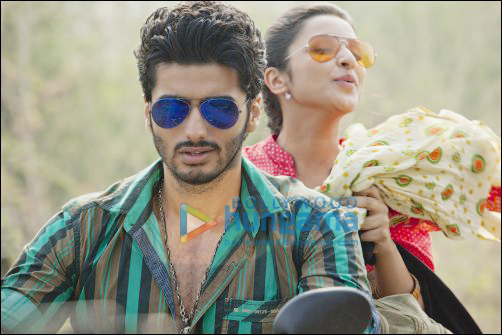 The first look of the debutante actor Arjun Kapoor can give anybody the impression that Bollywood has finally found its Gen-next superstar! For starters, Arjun Kapoor is the same dude who is already making waves with the promo of his debut film Ishaqzaade. If that wasn't enough, then, the love and affection that's being showered on him by the zillions of fans via twitter seems like the icing on the cake.

Interestingly, according to one of our reliable sources, when a friend of Arjun asked him recently what was his biggest achievement till date, Arjun said that he felt meeting Aditya Chopra without using his father's connection was his biggest achievement. Our source also added that even though Arjun is an industry kid, he has never really taken help from anyone. Being cast through Facebook and bagging a role on his own, Arjun has had a fair share of struggle. He is an independent boy by nature.

Arjun's debut film Ishaqzaade portrays the twists and turns of a countryside love affair. It brings Arjun Kapoor and Parineeti for the first time together on the silver screen. While the film has been written and directed by Habib Faisal, the film's music has been composed by Amit Trivedi.