With 6 days to go Ek Villain Returns to release in theatres, the star cast of this action thriller that features Disha Patani, Tara Sutaria, John Abraham and Arjun Kapoor take promotions a notch higher! They not only launch enthralling action promo of the movie. 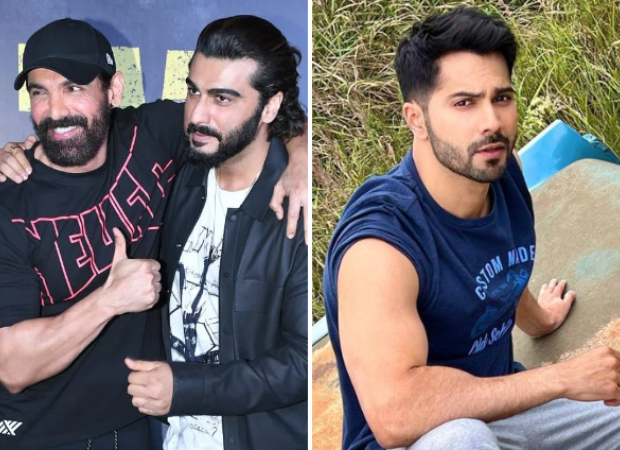 Arjun Kapoor quips Varun Dhawan has accused of him of not letting John Abraham promote Ek Villain Returns; Jugjugg Jeeyo actor responds: ‘You are a villain’

Furthermore, villains shared various fun moments filled with fun banters and giggles. During the media interaction, Arjun Kapoor quipped that his close friend-actor Varun Dhawan has accused him of not letting John Abraham promote the movie. In the video, Arjun is heard saying, "Varun Dhawan has put the allegation of me that I have cancelled John's ticket so that I can promote the film with Disha and Tara. Today, I want to say that Varun Dhawan needs to stop spreading malicious rumours about me and instead of promoting JuJugg Jeeyo, he can promote Ek Villain Returns for a change."

Responding to his answer, Varun Dhawan left a comment on Bollywood Hungama's video and wrote, "Ur a villain so u have revealed this."

ALSO READ: Arjun Kapoor says Ranveer Singh should be allowed 'to be himself' when reacting to his nude photoshoot: 'Koi dikhawa nahi hai unmein'