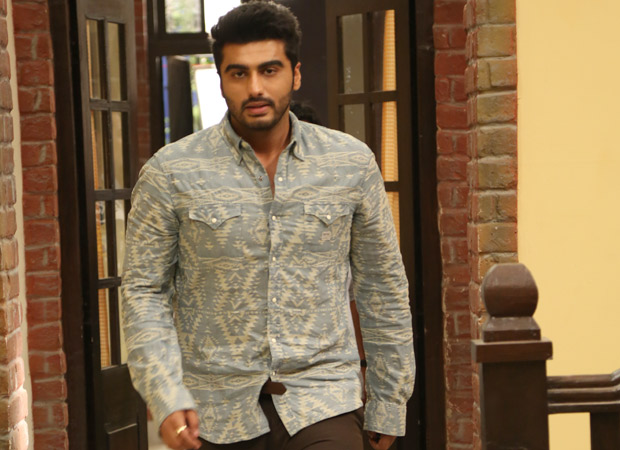 With Half Girlfriend taking an opening in the double digits, Arjun Kapoor is staying to be Mr Dependable at the Box Office. His films have usually taken a good opening in theatres and Half Girlfriend is a testimony to that. No wonder, his Mubarakan has become further super hot now considering the fact that it is even more commercially viable with a larger target audience when compared to his recent releases.

"Ever since the release of Ishaqzaade, his debut flick, Arjun has delivered constantly at the Box Office. His Aurangzeb may have been an aberration but has found an audience over a period of time. Gunday stays on to be his biggest opener ever, though it had Ranveer Singh for the company. 2 States also took a double-digit opening and then turned out to be a 100 crore success. Tevar may not have worked and its opening left much to be desired. However, he bounced back with Ki & Ka, a quintessential multiplex film, which emerged as a hit. Now, Half Girlfriend has opened well too and has been set up well again," informs our source.

With a fan following that has accompanied him well across A, B and C centers (as a matter of fact Half Girlfriend is doing better in smaller cities and towns when compared to the metropolitans), ‘Mr. Dependable’ Arjun has a much better outing almost confirmed for him with Mubarakan.

"That, by all means, is his most commercial film since Gunday," a trade expert adds, "Moreover, unlike Gunday which had a section of family audiences stay away due to the title and still opened at 15.86 crore, Mubarakan has a far bigger appeal for the family audiences. Anees Bazmee films are set as clean entertainers and that was evident in his last couple of releases as well, be it Welcome Back (which came close to the 100 crore mark) or Ready, which entered the 100 Crore Club."

Now that Arjun Kapoor also has the company of uncle Anil Kapoor, a favourite with Anees Bazmee, Mubarakan has become further hot. "It has been a while since a riotous comic entertainer hit the screens. Bollywood is churning out romcoms at a rapid pace and also some dramatic thrillers. However, comedies have surprisingly faded. Mubarakan brings back that genre for the audiences," a source attached to the film adds, "Also when it comes to comedies, double roles are time and again considered as very good ingredients. In the twin roles of Charanveer Singh and Karanveer Singh, Arjun would finally get a chance to demonstrate his comic timing as well in an out and out comedy."

No wonder, for the film's producers Murad Khetani and Ashwin Varde, the good run of Arjun Kapoor is further elevating the fortunes of Mubarakan which is set for 28th July release.