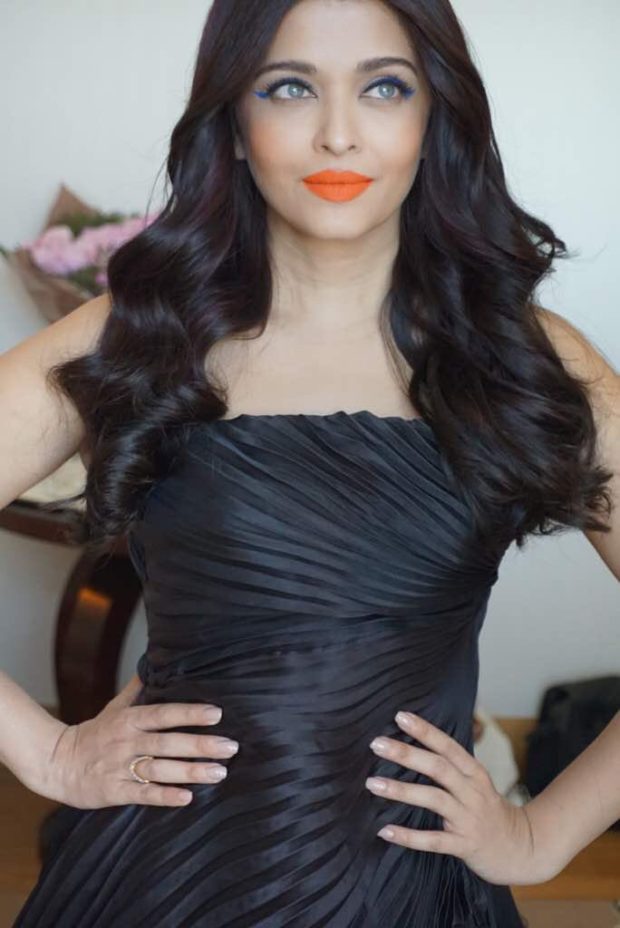 There’s no stopping Aishwarya Rai Bachchan at 70th Cannes Film Festival this year. With her jaw-dropping appearance at the Okja premiere looking like a Disney Princess, we wonder what she has in store for her second red appearance tonight. 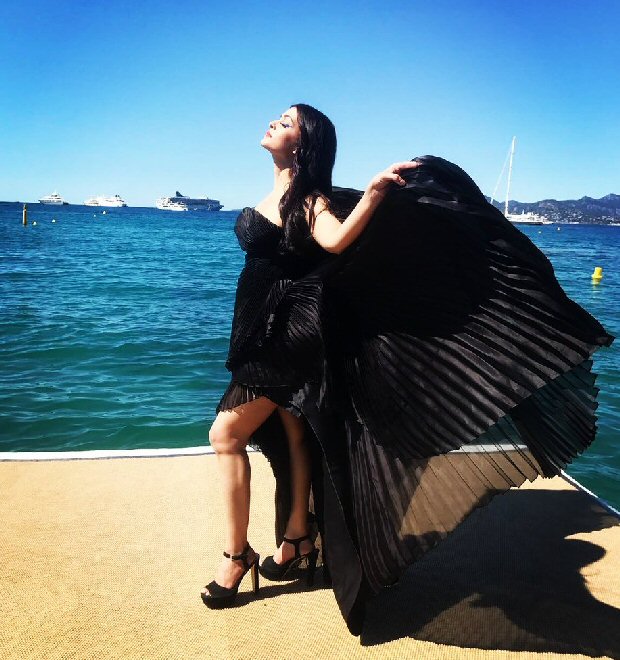 After her enchanting first appearance for the sixteenth time, Aishwarya Rai Bachchan's day began in a black ensemble. On Saturday morning, she stepped out on the beach wearing a black off-shoulder gown by Ashi Studio couture. Her bolder yet simpler look compared to her Friday's May 19th outfits. 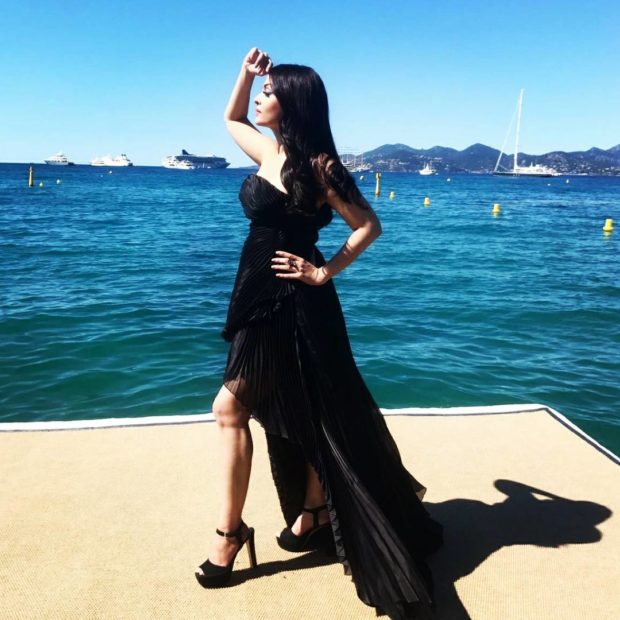 In the latest pictures that are released, Aishwarya Rai Bachchan is soaking in the Cannes sun. Her makeup consists of Color Riche Moist Mat Orange Power, Super Liner Perfect Slim Blue, Superstar Mascara, Lucent Magique Blush in Paradise Coral. The pop orange lip shade and blue eyeliner were definitely working for her. Posing against the serene backdrop, she looked like a black swan. 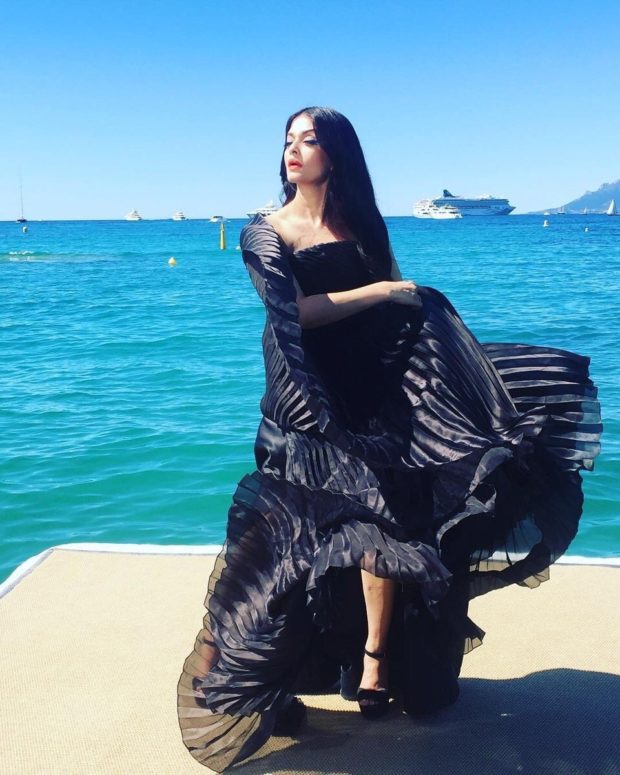 Aishwarya, who first went to Cannes with Devdas back in 2002, will be presenting the Sanjay Leela Bhansali directorial again this year. She is representing the cosmetic brand L’Oreal Paris as their brand ambassador.