Since the launch of 'Chaka Chak', Atrangi Re’s music has been receiving immense love from the masses all around. The music album was launched by the makers in a grand concert by the music maestro A R Rahman on December 6, 2021. Besides the legend A R Rahman himself, the concert was graced by Akshay Kumar, Sara Ali Khan, Bhushan Kumar, Aanand L Rai, and Irshad Kamil. 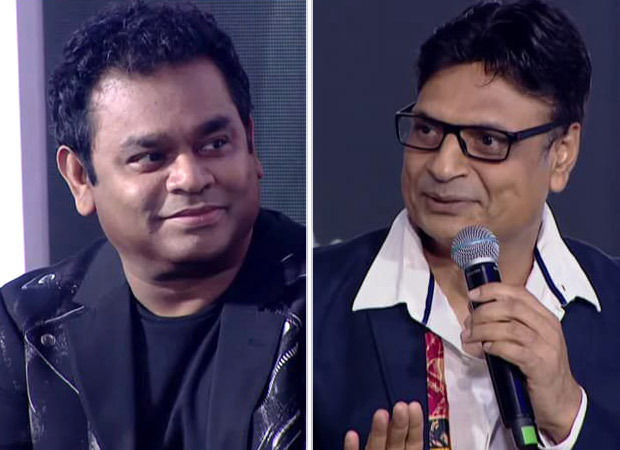 During the event, A R Rahman and Irshad Kamil were asked by the host how did the music for Atrangi Re happen and if the music came first, or the melody. Replying to it, Irshad Ali said, "Actually, whenever we work together, it's not whether lyrics first come out or music, we just sit and chat. And sometimes the music comes first and sometimes lyrics come first."

Later Irshad also talked about AR Rahman's process of developing music for Atrangi Re. Irshad said, "Okay, let me tell you, sir's style, I am opening a page of his creativity. He generally tells me Irshad give me one word. Just any one word, which you feel can be the anchor of this song, for example. I said, okay, Sir 'Chaka Chak'. Okay, fine. And with 'Chaka Chak', he creates magic. You know, whether it's in our earlier movie 'Tum Tak or Chaka Chak, it was just one word. And sometimes I write lyrics, as in this movie."

Further AR Rahman also threw some light on the process he takes to compose music, AR Rahman said, "I think there are two ways to compose, one is to have a full poem, and then you compose a ghazal . And the demand of today's music is that it needs to be rhythmic, it has to be hooky, and it has to be different. It needs to be traditional. The music today has to tick so many tick boxes. So usually what I do is to make the journey easy for us, I get the main chorus out of the way. Then I'll give whatever is required be it more space or more mantra to fill in all the thoughts. And actually, there's no one way."

Later he also added how did Dhanush's song from the film 'Little Little' happened. He revealed an incident and said, "We had a song for Dhanush and I said 'Oh My God', it’s a tough one. So, all of us were sitting one night and at around 9:30-10 we finished dinner. We were discussing what could be the song and then 'Little Little' came in. So we had a list of 15 different things and Irshad said little-little and somebody said, ‘Oh, the little-little is the song actually.’ When somebody's drinking, we say, I just have little-little (laughs). So, that's how the song happened.”

ALSO READ:AR Rahman opens up on his musical journey of the film Atrangi Re