Last Updated 17.05.2022 | 10:10 AM IST
feedback language
follow us on
Bollywood Hungama » News » Bollywood Features News » Aparshakti Khurana’s first look from Dhoka Round D Corner unveiled, says that he has been wanting to do a thriller for a long time

Aparshakti Khurana is all set to treat his fans with his upcoming film titled Dhoka Round D Corner. The actor shared the first look pot from the film on his social media. Unveiling his look in the suspense thriller, Aparshakti wrote on his social media pages last evening - "Just found this in my photo gallery. Looking forward to Dhokha, a @tseriesfilms suspense thriller. It launches @khushalikumar also starring @actormaddy @darshankumaar and is directed by @kookievgulati" 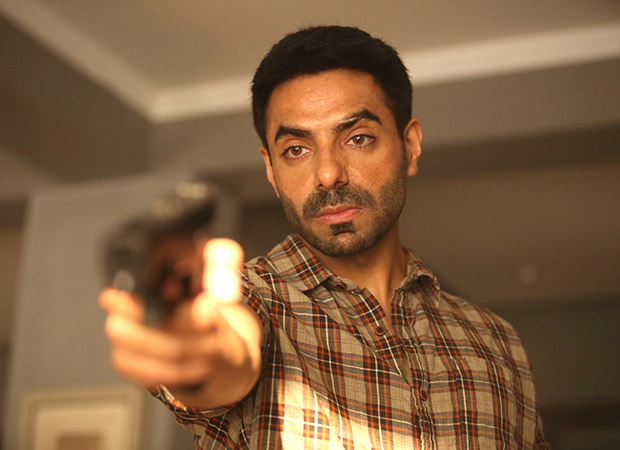 Aparshakti Khurana’s first look from Dhoka Round D Corner unveiled, says that he has been wanting to do a thriller for a long time

The first look of Aparshakti Khurana of the film has definitely left us intrigued. It's nothing like how one would expect his first look to be and it’s unlike anything we have seen of the actor before. He can be seen donning short hair, clad in a brown and orange checked shirt.

While his fans are accustomed to seeing him in a cheeky and comical avatar, the poster of Dhoka Round D Corner will definitely pique their interest owing to a big change in his on-screen persona. Being his first suspense thriller, that too in a parallel lead, the actor quotes, "Attempting a genre that I have never done before is certainly a challenge, but it is something that I have been wanting to do since a very long time. Extremely delighted by the response I have been getting for the first look of the film. Let's get cracking with loads of action ahead!"

ALSO READ: “Helmet turned out to be a complete game-changer for me”- Aparshakti Khurana