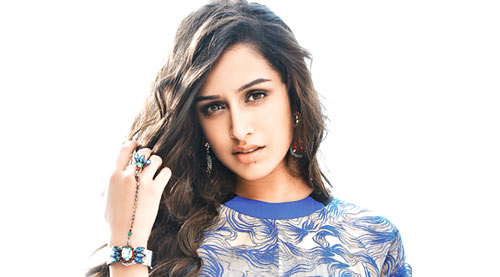 It's the new 'hit' squad: an integrated crack force that has taken pride of place alongside the existing male and female superstar league of Hindi cinema. Circa 2014, they are fast emerging as the new 'bankable names' at the box office as well as in terms of performances and popular standing.


Though most started out a few years ago, the organic process of normal struggle made all of them strike a collective bulls'-eye only in 2014. 'Seniority'-wise, they are Shraddha Kapoor and Ranveer Singh (both 2010), Parineeti Chopra (2011) and Arjun Kapoor, Varun Dhawan, Sidharth Malhotra and Alia Bhatt (all 2012). On the other hand, the 2014 debutants Tiger Shroff and Kriti Sanon, both of whom started with Heropanti, are moving up - and fast.


Apart from these seven names, the latter two are also creating their own strong niches - Tiger has two projects at least on hand, one with mentors Sajid Nadiadwala-Sabbir Khan and one with Remo D'Souza, and the tall and lissome Kriti has been judicious in targeting the next level by signing films with Akshay Kumar (Singh Is Bling, as a Salsa dancer) and Shahid Kapoor (Farzi).


Now for the seven supreme stars among GenY.

She is Shivangi's (Kolhapure) and Shakti Kapoor's daughter, and has also learnt music and made her debut in Teen Patti (2010).

Career: Shraddha starred in last year's biggest (in terms of investment vis-a-vis returns) hit Aashiqui 2 and in 2014's 100-crore grosser Ek Villain, notching up impeccable performances in these as well as in Luv Ka The End. She also considers her role in Haider quite challenging. Her debut film, luckily, is long forgotten by the few who even knew about it!

After trying out singing with fair success (in 'Galliyan' from Ek Villain and in 'Do Jahaan' in HaiderÂ¸ Shraddha has now taken up the challenge of acting in Remo's ABCD 2, a dance-based musical, opposite Varun Dhawan.

Related to Anil Kapoor from his wife Sunita's side, Ranveer has an American degree in Telecommunications and Culture, and was earlier a Creative Writer with two leading ad firms, but homed back to his childhood love - acting by auditioning for and getting his debut film, Band Baaja Baaraat (2010).

Career: He has a distinct 'X' factor, though that was seen only after Sanjay Leela Bhansali made Ranveer get out of the 'method acting' mode and make the hidden star-actor within blossom out. With this film, Ranveer became the first of these seven to enter the 100-Crore Club. Then came the action-packed Gunday and Kill/Dil.

First cousin to Priyanka Chopra, Parineeti received her triple Honours degree in Business, Finance, and Economics from U.K. and began with a marketing job at Yash Raj Films, even working on first co-star Ranveer's launch in Band Baaja Baaraat. She is also trained in classical music. A year after that, she was offered one of the leads in Ladies Vs. Ricky Bahl (2011) with the same Ranveer Singh.

Career: The only film of hers that lost money, Daawat-e-Ishq, had a great performance from her. Her greatest ace is the quirky success Hasee Toh Phasee (her only non-Yash Raj film to date) in an extraordinary performance that was among 2014's best. The spunky and vivacious Parineeti is very clear about what she wants to do and after a hectic 2014 with no time for herself, she is taking a break before signing any film.

Son of producer Boney Kapoor, Arjun has learnt his ropes as assistant director and executive producer and quotes Salman Khan as his inspiration to become an actor. After assisting different makers in direction and production and doing a cameo with Govinda in one of them, Salaam-e-Ishq, which was then edited out, he made his debut with Ishaqzaade (2012).

Career: After a rather raw start, Arjun proved his acting chops remarkably in 2 States and Finding Fanny. He unabashedly believes in entertaining cinema, as his home production Tevar, releasing in January, proves. He too is taking it easy, making sure that his next moves are right. After all, he has the 100 crore 2 States on his c-v., and Salman Khan as his idol and the man who inspired him to become an actor.

Son of box-office whiz David Dhawan, and also a Salman Khan devotee (Salman was the voice of God in his Main Tera Hero directed by his dad), Varun was also a child model in some ads. He is a Business Management graduate from UK and later assisted Karan Johar, who also launched him in Student Of The Year (2012).

Career: Varun personally prefers realistic (ABCD 2, his forthcoming film) and dark (Badlapur, his next and highly anticipated movie) cinema, but knows only too well that he has to also balance these out with mainstream masala films, given his fan following with the girls and the masses. He is thus keen on exhibiting his versatility as an actor and is also hitting the bulls'-eye in choosing the best projects. His film with director brother Rohit, who is his backbone and inspiration, will begin shooting in March 2015.

He is the only complete outsider among the males, and like Kriti hails from Delhi. Besides being a successful model, he has done a spot of TV and assisted Karan Johar too, who launched him in Student Of The Year (2012).

Career: Sidharth has chosen his films well, and somehow has liked to be pitted against other actors in author-backed roles, like Alia, Varun and Rishi Kapoor in his debut film, Parineeti in Hasee..., and Riteish Deshmukh in Ek Villain. His next film, Brothers, also has Akshay Kumar.

Daughter of Mahesh Bhatt and Soni Razdan, Alia appeared first as a child star in Sangharsh (1999) and made her adult debut in Student Of The Year (2012).

Career: Extremely natural and spontaneous, Alia has shown her capacity to emote intensely as well as demonstrating her lighter side. Though everyone lauded Alia in Highway, it was only with the 100-crore 2 States that Alia proved that she was no fluke as a solid actor and star. Humpty... upped her commercial ante and she now romances Shahid Kapoor in Vikas Queen Bahl's Shandaar.

It is interesting to note that so far, every combination of these seven stars (they are no longer just actors) has worked at the box-office, even when the males have come together (Ranveer-Arjun) and the Varun-Sidharth-Alia debut. Two of these seven, Varun and Sidharth, have yet to have a flop.

They all have the satisfaction of making it completely on their own, and Varun and Arjun grabbed chances to work with their fathers only after their successes. The rest have yet to open their professional accounts with family or relatives.

Interestingly, even the formidable Ranbir Kapoor has been sidelined in this sweeping GenY wave, and shrewdly, most of these actors have dedicatedly stuck to the one film at a time principle, preferring to make moolah smartly from commercial endorsements rather than movies that may become commercial embarrassments.

All seven are thick with each other and have no insecurity-based rivalry, As Parineeti fierily declares, "We do not look on each other as competitors and are the first to call up and openly compliment or express our reservations about each other's work! If our seniors did not do that, it was their problem! So why should we emulate that? Friendship will always be bigger than work!"

Here's to a friendlier galaxy of stars from 2015.