Anushka Sen has wowed the crowd with her superb performances throughout her career and has found success at a very young age. Anushka has been in several programmes and found popularity at a young age. She became well-known for playing Meher in the beloved fantasy series Balveer. The actress later went on to appear in season 11 of the reality series Khatron Ke Khiladi, which included stunts. 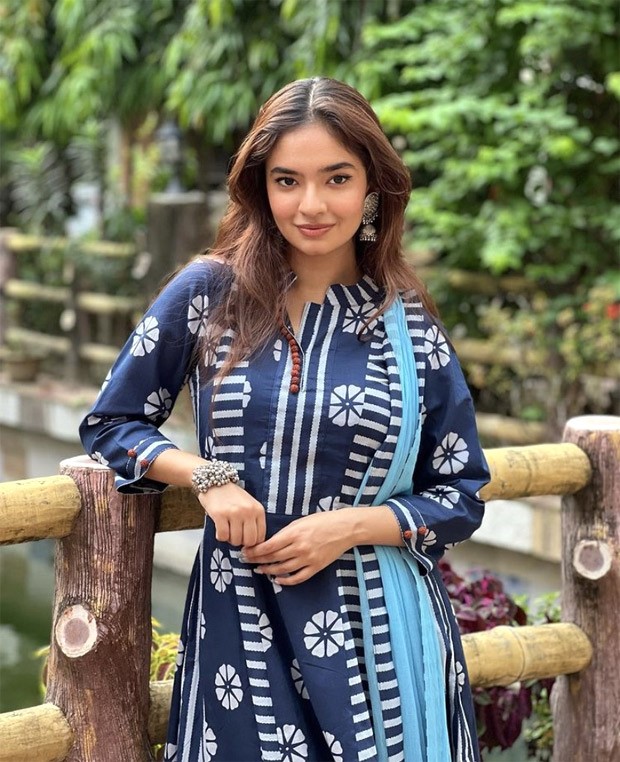 Anushka Sen is keeping it desi in blue anarkali worth Rs. 4900 in her latest pictures

Anushka can wear any outfit, whether it be traditional or western, flawlessly, as seen by her gorgeous Instagram images. Fans are often enamoured by her alluring appearance in social media posts, and her most recent appearance shows her immaculate sense of style. The traditional fashion look-books are being advanced by Anushka. She can be seen donning a multi print, multi kalidar anarkali kurta with rudraksha on neckline and sleeves. Her kurta comes with a striped palazzo and beautiful blush blue chiffon dupatta bordered with block printed stripes. Her outfit is from the shelves of the home affair and is worth Rs.4,900. She accessorised her attire with oxidised silver earrings, winged eyes, and nude lips while wearing her hair loose. White hearts were used as captions by the actress. 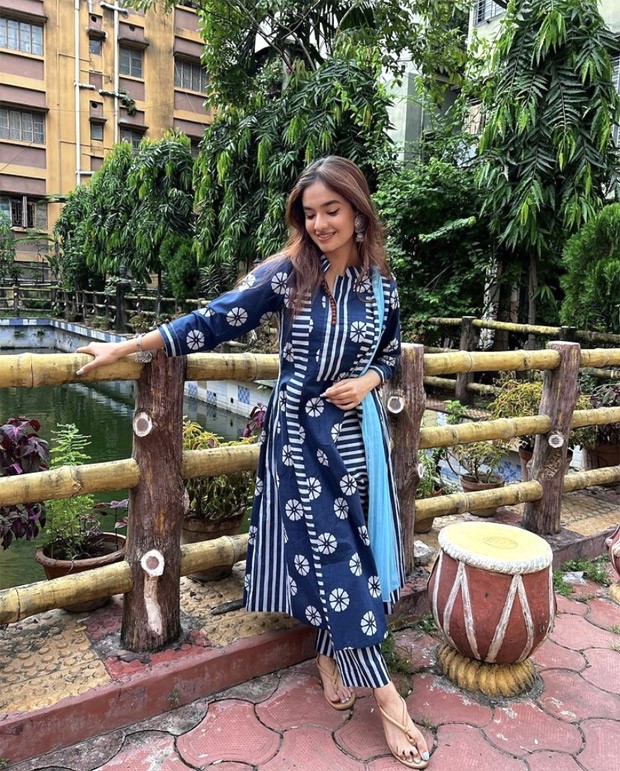 Meanwhile, on the work front, Anushka is hosting a chat show titled Not Just A Chat Show on Zeecafe. She has also bagged projects in Korea. 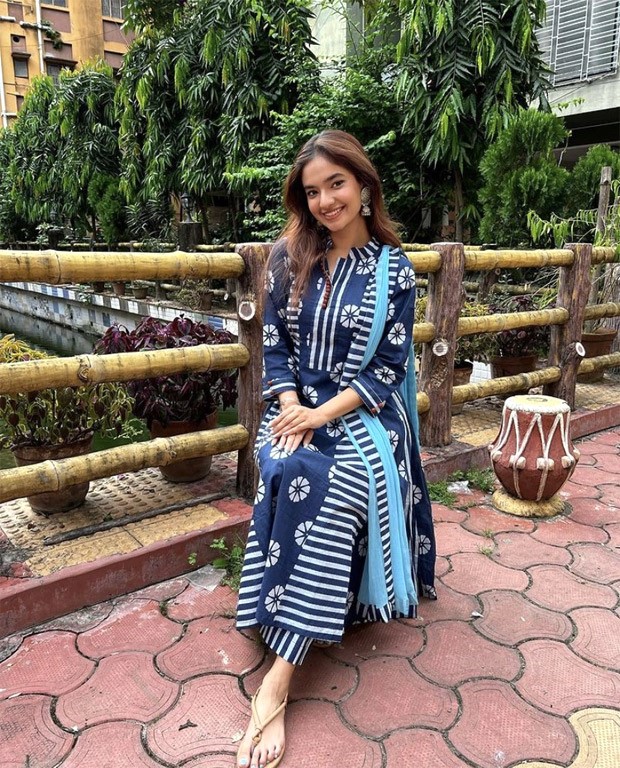 Also Read: Here’s how to rock Tamannaah Bhatia’s nude makeup and look like a total diva!