Anushka Sen needs no introduction as she has already carved a special space in the hearts of the audiences with her impeccable acting prowess. She has wowed the crowd with her superb performance in a number of performances during her career and has found success at a very young age. Anushka has been in several programmes and found popularity at a young age. She became well-known for playing Meher in the well-liked fantasy series Balveer. In Devon Ke Dev... Mahadev, she portrayed a young Parvati. The actress later appeared as a stunt performer in season 11 of the reality series Khatron Ke Khiladi. She has also gained popularity as a fashion icon, and each of her outfits is undeniably admirable. 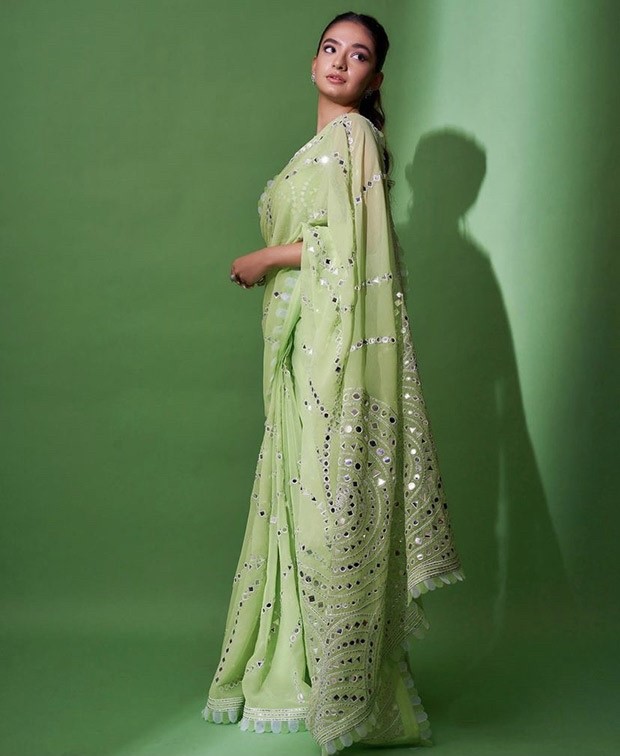 Along with her successful job, Anushka is well-known for her stylish choices. Anushka frequently stunned the fashion police with her sense of style and shown that she is in fact one of the current industry's leading fashionista queens. Anushka can wear any clothing, whether it be traditional or western, flawlessly, as seen by her gorgeous Instagram images. Fans are often enamoured by her attractive appearance in social media pictures, and they frequently overflow her comment section with incredible praises. Anushka posted pictures on Instagram wearing an Abu Jani Sandeep Khosla light green saree. Her saree has triangular mirror adornments all around, which give it a shining aspect. The borders and hem of her saree have scalloped trim. She wore a round-necked, sleeveless blouse with mirror embellishments underneath the saree. The saree struck the right amount of balance for the wedding season. 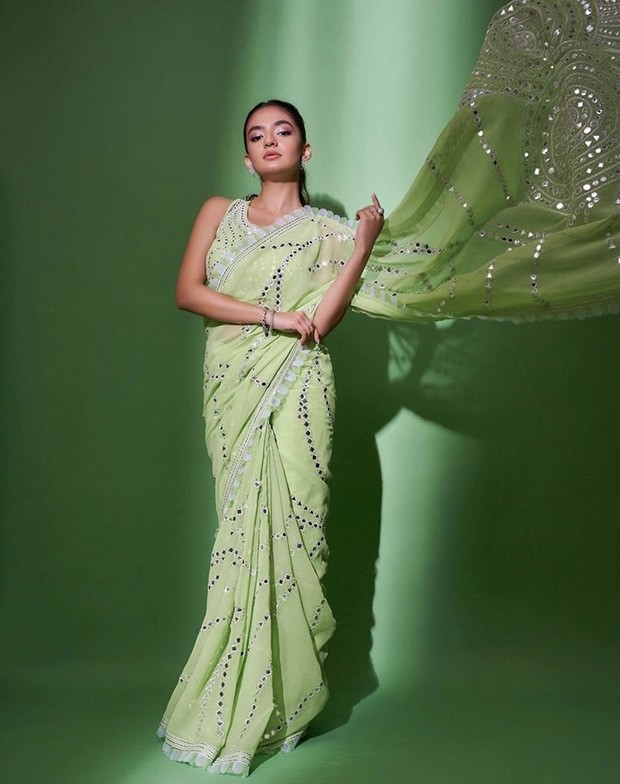 Anushka Sen managed to win hearts once more with the grandeur of her saree by wearing sparse earrings, a pink shimmering smokey eye makeup, lots of highlighter, reddened cheeks and tied her hair in wavy ponytail as the finishing touches to her glam appearance. 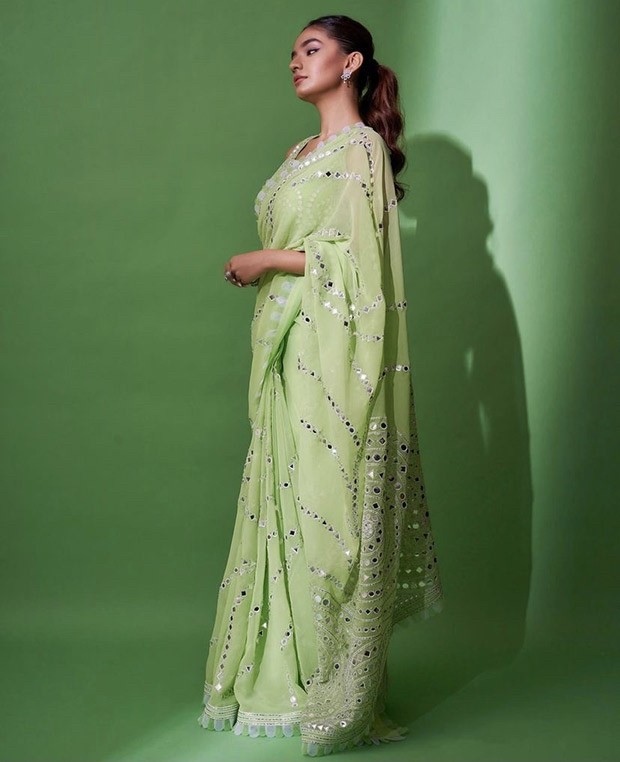