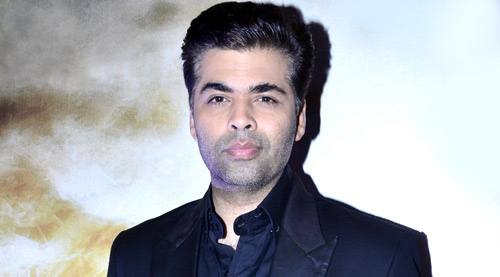 What do you offer to a man who has perhaps seen it and done all in the world of movies? Perhaps an opportunity to play the lead antagonist? This is what Karan Johar saw as an offer when Anurag Kashyap felt that he was the man for the job to get in the part of Khambata for his most ambitious movie till date, Bombay Velvet. For Karan Johar, who stays on to be one of the busiest men around with numerous assignments as a producer, director, anchor, host and more, it wasn't quite a case of no-brainer as he had to think hard before taking the plunge. Now that he has, he isn't regretting it one bit.

In a chat that took place a few days before the release of Bombay Velvet; this is what Karan Johar had to say. Here is presenting the man, in his own words:

"I am often asked how it was to be directed by someone else since I am a director myself. Well, it is impossible to get into Anurag's head; I didn't know what to do there. I have to say that his level of passion and vision is something that I am in awe of him. He had this ability to live with a film for so many years. He used to explain the back story so well. His vision is so monumental that I hope I have not let him down. Not only me but all the actors have absorbed themselves to Anurag's world.

When he narrated the film to me, I had thought that it was only for feedback. Then he said to me that it was me he had in mind for playing Khambata. Earlier I had heard that Naseeruddin Shah was doing the film. Now he is someone in front of whom I can't even breathe as an actor. Moreover the character was that of a 50 year old and I am certainly not that age. Anyways, mujhme acting ka keeda toh tha nahi. Later, I thought that in my life, I may never get this chance again to be playing a villain in a 60s film. I did wonder though what was so negative about me that Anurag felt I could pull it off. It was a big risk for him.

The film as a whole is about politics that went behind development when people wanted to make Mumbai like New York and the dirt that went behind it. The love story takes place silently in the background and becomes the core of the film. Though Ranbir and Anushka are grey in the film, it is coming from their angst. I am out and out bad. I liked playing this mean man who does a lot of wrong and bad things. After all, I am not a Mogambo like villain and am basically scheming all the time. It is not a quintessential villain by any means and is instead very manipulative, who has no redemption. There is no reason for Khambata to be so mean but to gain power.

I liked being an actor though. I have worked with some of the finest actors of the country, toh kuch toh seekha hoga. I have 20 years of experience as an actor without being an actor. Amitabh Bachchan, Shahrukh Khan, Anupam Kher, Hrithik Roshan, Kajol, Rani Mukherji, Kareena Kapoor - in front of my eyes they have faced the cameras. I have observed Mr. Bachchan's craft; I have seen Shahrukh's energy. In fact I will tell you something interesting. On the fifth or sixth day of the shooting, Anurag said that I was approaching the scene as Shahrukh would.

As a director, Anurag came across as a superb technician as he is not afraid to take wide shots even in a dramatic scene. We follow a staple approach where if there is an emotion, we take a close shot. However he would go low and take a wide angle. Sometimes for a silent scene he would take a wide shot too. I would read a scene and then believe that he would shoot it in a certain way. So I would hunt for a camera and wonder where it is. Then I would realize it is somewhere far away. He believes that when camera is not in front of you, then your acting is natural. I would incorporate the film's technicalities for sure.

I am aware that when the first promo came out, people found it difficult to absorb. I think there was a confusion of two energies. In the second trailer it was all sorted. Who knows what is commercial today or not? Sometimes what we think is commercial flops and sometimes it doesn't. Darr aur khauff ka result tha pehla trailer; doosre mein khauff aur darr chala gaya aur jo tha woh aa gaya. Energy was same the second time around. There were some who questioned the songs too. However, if you hear the entire album, then it has been decorated quite well. Of course no one is going to play 'Sylvia' in a nightclub today.

Coming back to Anurag, he is like a spoilt child. If you don't give him a toy then he cries, goes to Twitter or gets on people in press conferences. You need to pamper him. He is like an overgrown baby."