Actor Anil Kapoor is going down the memory lane. He shared an old photo with his co-star and sister-in-law, late actress Sridevi, which was clicked by renowned American photographer Steve McCurry in 1993. 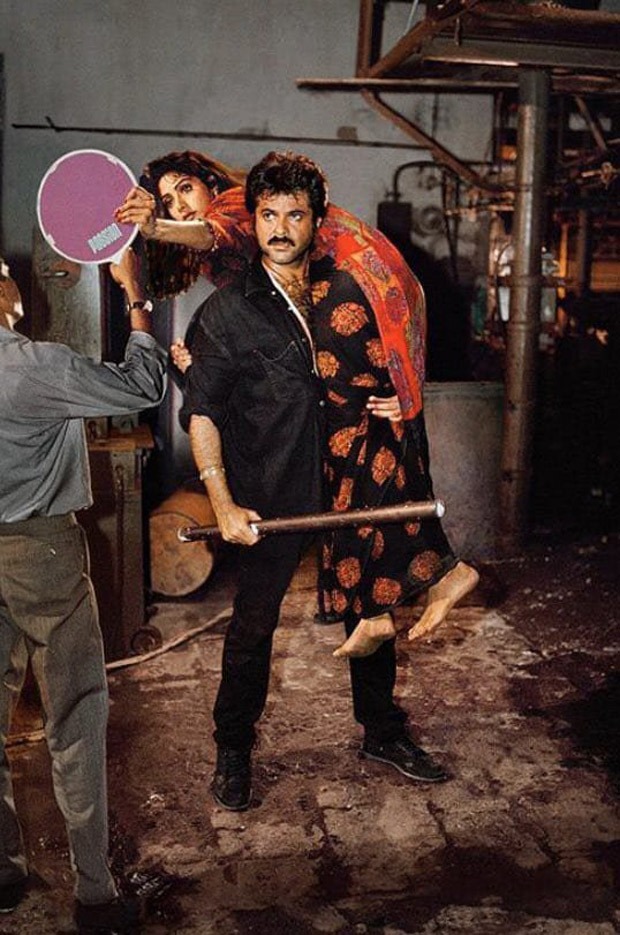 While Anil didn't mention the film name, it seemed like this was shot during Laadla shoot, the film that released in 1994. "Had no clue at the time that I was being shot by such a talented man! #SteveMccurry Thank you for capturing us and for bringing back memories with Sri ji...always a perfectionist," he wrote on Twitter.

Had no clue at the time that I was being shot by such a talented man! #SteveMccurry Thank you for capturing us and for bringing back memories with Sri ji...always a perfectionist pic.twitter.com/FepUkZ7RhB

This picture is a part of the series that the photographer shared on his Instagram. McCurry shared throwback photos from the sets of several films that featured Dev Anand, Rishi Kapoor, Juhi Chawla, and Amitabh Bachchan. Rishi and Juhi were clicked on the sets of Bol Radha Bol.

1st image: The late, great Sridevi checks her makeup before a scene with Anil Kapoor on film location in #Mumbai, #India, 1993. 2nd image: Dev Anand giving direction for a fight scene during rehearsal, Mumbai, 1993. 3rd image: A group of men working on a hand-painted movie poster. Mumbai, 1996. 4th image: Juhi Chawla and Rishi Kapoor prepping for a scene, Mumbai, 1993. 5th image: Amitabh Bachchan, one of the most prominent actors in the history of cinema. He has been in 200 films in over 5 decades. 2010. #SteveMcCurry #SteveMcCurryIndia #Bollywood