Bhool Bhulaiyaa 2 is all set to be released on May 20. The trailer, the song ‘Hare Ram Hare Krishna’, and the goodwill of the first part has helped the sequel generate tremendous buzz. In a recent interaction with the media, its director Anees Bazmee revealed some interesting things about the film. 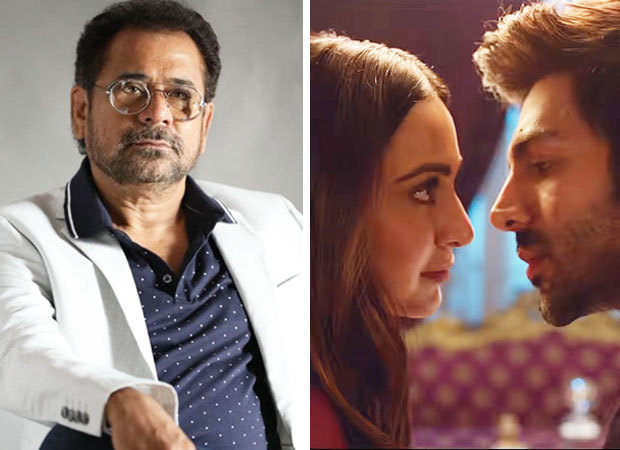 Anees Bazmee reveals that Bhool Bhulaiyaa 2 ends with the promise of a sequel; says “If part 2 gets the love, appreciation and box office success, then we’ll make Bhool Bhulaiyaa 3”

Bhool Bhulaiyaa 2 stars Kartik Aaryan and Kiara Advani in the lead. When asked why they were cast, Anees Bazmee said, “I’ve always liked Kartik Aaryan’s work since his first film. After watching Pyaar Ka Punchnama (2011), I called him and praised his performance. He was very happy to get a call from me. We kept in touch and were good friends for a long time. Even in his later films, he gave great performances. Hence, when we decided to make Bhool Bhulaiyaa 2, I realized he’ll fit the bill. When I offered him the script, he got excited and immediately got on board.”

Anees Bazmee continued, “As for the role of the actress, we toyed with many options. Finally, I realized that Kiara Advani would be apt. Yeh ek aisi ladki jiska maine bahut hi fast growth dekha hai. She has done nice work in each and every film. Even in Bhool Bhulaiyaa 2, she has done a fabulous job. As for Tabu, I have wanted to work with her for many years. Whenever she’d meet me, she'd tell me, ‘Yaar Anees bhai, chalo koi film karte hai’. However, nothing materialized until Bhool Bhulaiyaa 2. She had a ball working on this film.”

The haveli also plays an important role, said Anees Bazmee. He revealed, “We recced 40-45 havelis across Rajasthan and Uttar Pradesh. All these places were stunning but they were not what I was looking for. This is when I chanced upon this haveli in Mehmoodabad, Uttar Pradesh. It was just right and I went ahead with it, though I know shooting there would bring a set of challenges. There was no hotel near the haveli. We had no option but to stay in Lucknow, which is located 150 kms away. It used to take 2 ½ hours one way. Hence, we’d travel for 5 hours daily from the hotel to the shooting location and back. If the shooting would start at 10:00 am, we’d leave at 7:00 am. For that, the make-up person would wake up at 5:00 am. It was tedious but it was important for us to shoot at that particular haveli.”

That was not the only challenge. Anees Bazmee said, “The film took 2 ½ years to be made, due to Covid lockdowns. However, whenever we’d return to the set, it would take just 30 minutes to re-create that atmosphere. In other words, we would pick up from where we left.”

With regards to the comparisons with the first part, the director emphasized, “Comedy and horror, these are the two only aspects that we have picked up from part 1. However, we have treated it differently. I am sure that there are certain plot points in the film which surprise you. You’d be like, ‘Okay, I didn’t expect this’. I hope the audience reacts the way we expect them to. There’s a technical term, ‘wanted reactions’. It means that we want the audience to react in a certain way or laugh at a particular scene. At times, it becomes a case of ‘unwanted reactions’, when we want the audience to laugh in a particular scene and they don’t. Aur kabhi kabhi hum nahi chahte ki public hasein aur wahaan woh hasti hai! So we want that log scene ke saath hasein, scene par na hasein!”

After Bhool Bhulaiyaa 2, can we expect a part 3 as well? Anees Bazmee revealed, “Yes, we’d like to make part 3. End waise hi kiya hai. The film ends with the promise of a sequel! So, if Bhool Bhulaiyaa 2 gets the love and appreciation, and of course box office success, then we’ll make Bhool Bhulaiyaa 3.”

The other film Anees Bazmee wants to make is the Salman Khan-starrer No Entry Mein Entry, the sequel to his much loved No Entry (2005). He stated, “I have spoken to Salman bhai. This time, we had an in-depth discussion. He told me, ‘Anees bhai, humein chalu karni hai yeh picture’. So, I hope the film can go on floor soon. It’s a well-written script and we have been trying to make it for a very long time. If it gets made, it’ll be great for us and for the viewers as well.”

Also Read: “Kartik Aaryan bada tension mein rehta tha. When he told me, ‘Sir, Corona’, I told him, ‘Daro na’! I used to laugh at his paranoia about Covid” – Anees Bazmee