One of most awaited films of the year, Sanju starring Ranbir Kapoor, released on June 29 with smashing first day collections. The film has already crossed Rs 120 crore at the box office in its opening weekend and it seems like it will continue to slay. Rajkumar Hirani has showcased the tumultuous life of Sanjay Dutt. Both audience and critics have applauded Ranbir Kapoor and his uncanny portrayal of Sanjay in the film. With the immense numbers and appreciation, Amul brand has dedicated a special post for Sanju. 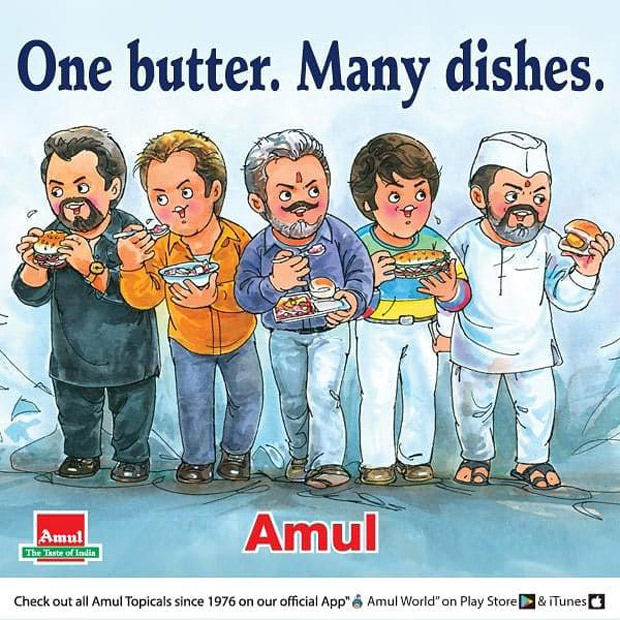 Amul has always had their versions of any pressing topic that is political or social or is trending on social media. Amul Topical, a special photo segment, shared their take on the success of Ranbir Kapoor's Sanju with a special poster featuring all phases of Sanjay Dutt in cartoon form. The caption read, "#Amul Topical: The success of Bollywood movie, Sanju..." The cartoon poster is a dedication to the real poster which showcases different phases of Dutt's live. From Rocky to Munna Bhai MBBS, Jail time etc. are on the poster.