Couple of years ago, Amitabh Bachchan and Taapsee Pannu ruled the theatres and hearts with their impeccable performances in Pink. Now, they are all set to collaborate for a suspense thriller. Although this time, both of them will be essaying completely different roles, this picture from the sets of the Sujoy Ghosh directorial reminds us of the Pink shoot schedule. Don’t you think so? 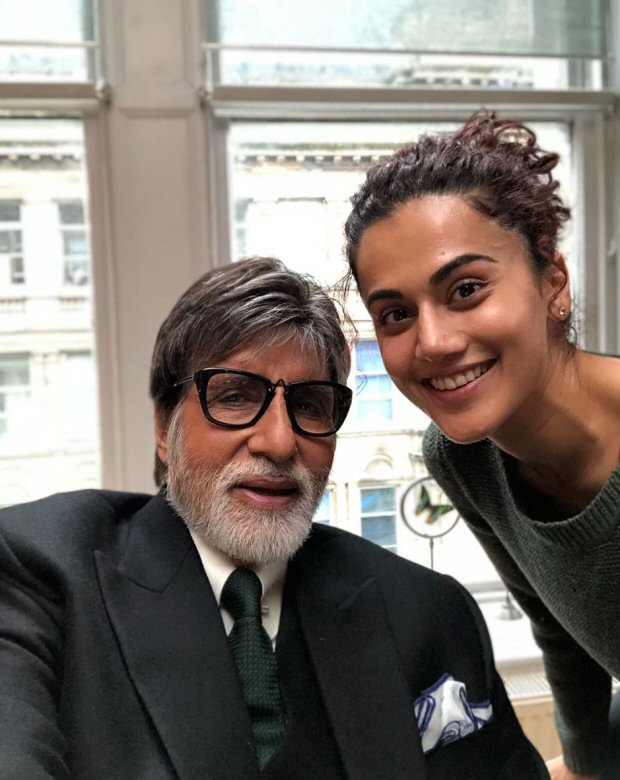 Earlier this weekend, we had announced that Shah Rukh Khan has come on board as the producer of this film. Tentatively titled Badla, the film has already gone on floor in Glasgow. And now, Taapsee and Amitabh Bachchan decided to give us a glimpse of the same by sharing a couple of selfies.

The duo seems to be in fun mode as they are shooting for the film in Europe. It seems that it was director Sujoy Ghosh’s idea to set this murder mystery against the serene backdrop of the Scottish Lowlands. Readers may be aware that the said Sujoy Ghosh film is a remake of the Spanish thriller The Invisible Guest. Furthermore, we hear that the said movie is also being remade in Korean and Italian languages. 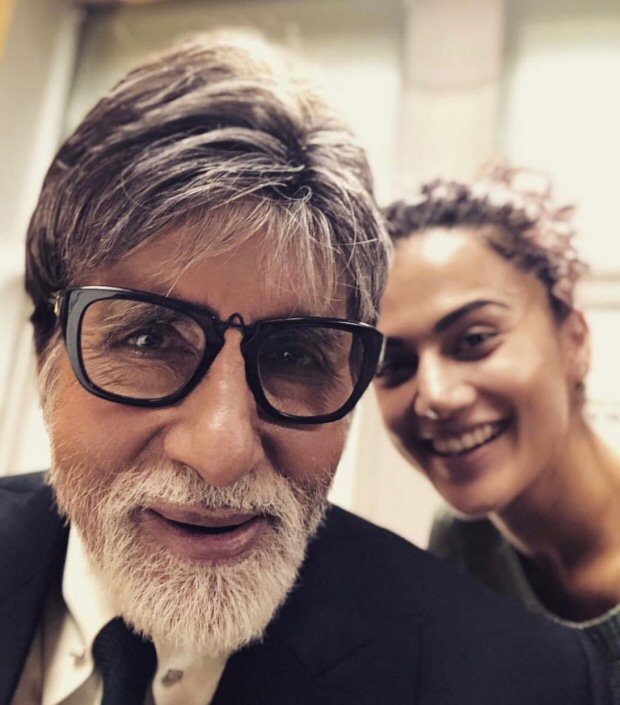 Just earlier in the day, we had reported that Shah Rukh Khan loved the concept when it was pitched to him by Sujoy. The actor-producer, then, decided to back the film under his banner Red Chillies Entertainment.

Speaking of their character in the film, Taapsee Pannu had earlier revealed in media reports that she will be essaying the role of a glamorous businesswoman in Badla. However, she had also added that her role will have an element of mystery. On the other hand, there were reports in the past claiming that Amitabh Bachchan will be essaying the role of an investigative officer in the film.

Earlier, Taapsee had revealed that whilst she will kick off the shoot of this film this month, she will soon return to the city to start the promotions of her forthcoming films.