It has been 15 years since Amitabh Bachchan first shared screen with son and actor Abhishek Bachchan. On Tuesday, the senior actor took to his Instagram handle to share the poster of Bunty Aur Babli and a picture from a stage performance on the song ‘Kajra Re’ where he is seen sharing the stage with Aishwarya Rai and Abhishek Bachchan. 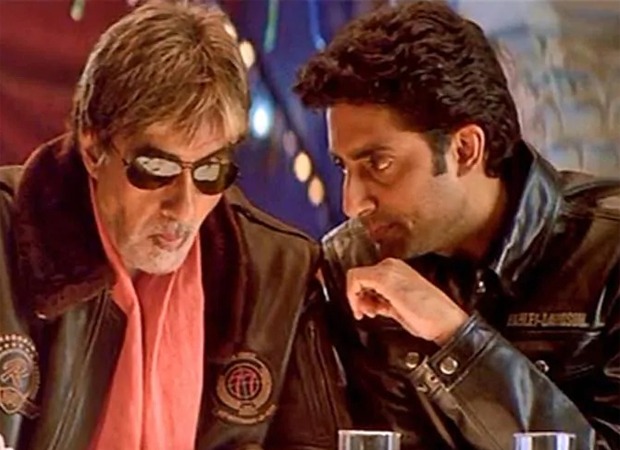 Directed By Shaad Ali , the 2005 film featured Rani Mukerji and Abhishek Bachchan as con artists while Amitabh Bachchan played a cop who is on a mission to nab the two. The film also features Aishwarya Rai in the song sequence of 'Kajra Re'.

Currently, Yash Raj Films is making the sequel to Bunty Aur Babli. The film features Rani Mukerji, Saif Ali Khan, Siddhant Chaturvedi and Sharvari. Produced by Aditya Chopra, Bunty Aur Babli 2 is being directed by debutant Varun V. Sharma, who worked as an Assistant Director in YRF’s biggest blockbusters Sultan and Tiger Zinda Hai. The film is scheduled to release on June 26, 2020. However, due to the pandemic, the shoot of the film has come to a halt.

ALSO READ: Amitabh Bachchan recalls how he lost movement of his thumb and index finger after a Diwali cracker went off in his hand