We all know the unconventional fashion choices that Ranveer Singh makes when it comes to his style. The actor has been appreciated and also criticized for his fashion sense. In fact, his doting wife Deepika Padukone had stated on Koffee With Karan 6 that she tolerates his fashion choices! But it seems that the actress’ Piku co-star, Amitabh Bachchan has a different opinion. In his recent social media post, he had a piece of fashion advice for Ranveer and wanted the latter to his selection of shades. 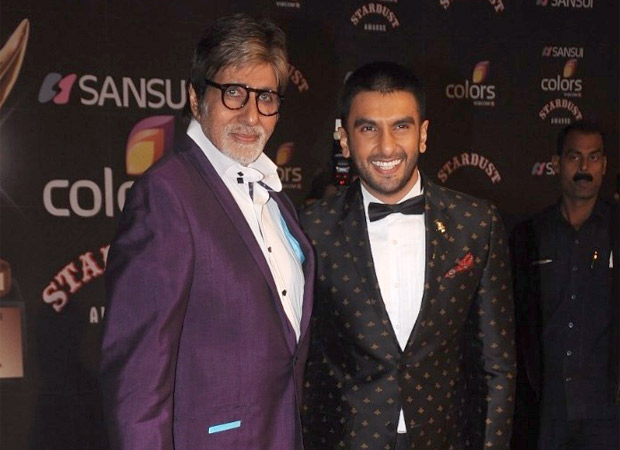 According to the latest post of megastar Amitabh Bachchan, the old trend of men shades have returned to fashion! The veteran actor took to Twitter to retweet one of the posts which had an image of him sporting glares during his younger days and comment on it saying, “never ever get rid of your old sun glares (I did all mine ) .. all of them repeat in time .. this pic was in the 70's .. and I see many similar glares in fashion now .. particularly on my dear friend and super star RANVEER SINGH !!!!” Ranveer Singh are you listening?

While fans of Ranveer Singh are going gaga over this tweet, we wonder what the Gen Y superstar has to say on this!

A day ago, Ranveer Singh was in news for launching his latest entrepreneurial venture which was a music label that promotes hip-hop and rappers. The actor got inspired by his role in Gully Boy and decided to take his love for rap music a step ahead with his new music label IncInk.

On the other hand, Amitabh Bachchan is busy with his film commitments. The actor, who was last seen in Badla, will next be seen in films like Jhund, Aankhen 2 and Brahmastra.