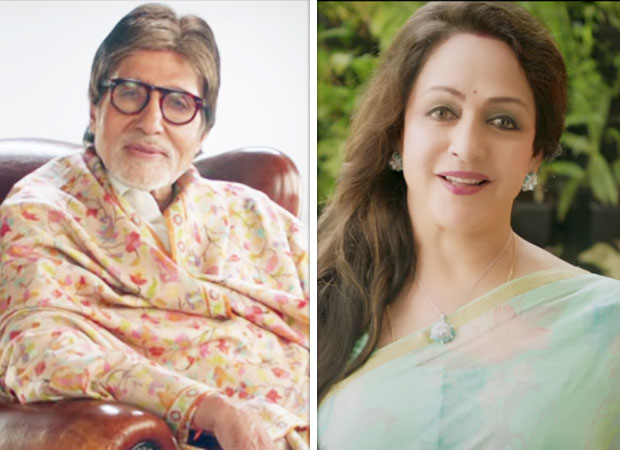 With celebrities extending their support for different causes, Amitabh Bachchan and Hema Malini have come out to encourage a great and noble deed of spreading love amidst the chaotic valley of Kashmir. The megastar and yesteryear diva shot for a short film titled Vaadi-E-Kashmir which is all about spreading a message of oneness.

Extending their love towards the sisters and brothers of the country, Amitabh Bachchan and Hema Malini appear in the start and the end of the video respectively wherein they talk about spreading love and oneness in the valley. Besides this, the film features the picturesque locales and the rich culture and showcases its amalgamation with other Indian cultures.

Directed by popular filmmaker Pradeep Sarkar and conceptualised by Praveen Kenneth, the music is composed by Shankar-Ehsaan-Loy and the lyrics are penned by award winning poet-lyricist Gulzar. The song is sung by Shankar Mahadevan. It is interestingly supported by Kent RO Systems Ltd and Hema Malini who is the brand ambassador of the company decided to be a part of the short film too.

Talking about shooting for the same, director Pradeep Sarkar revealed about his experience of falling in love with the valley at the age of 62. It was his first trip to Kashmir that he took to shoot the film and according to him, he instantly felt a connection with it. He also described the warmth he received as he appreciated the hospitality of the locals. He expressed his desire to visit the place once again to shoot it as he wants to know it a little better.