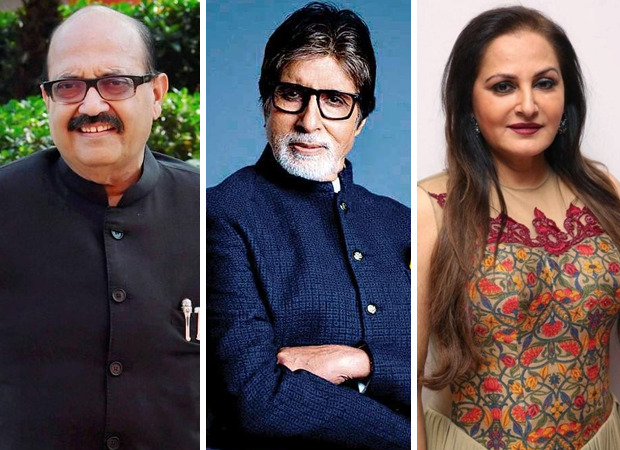 One by one, they all left him, some of them like the Bachchans, were disappointed by his public bragging about his Bollywood connections and his coarse way of addressing those issues and people who were unlucky enough to offend him. After their fall-out, the Bachchans were incessantly targeted for barbs by Amar Singh, some of them of a very crass quality. Mr Bachchan never reacted.

Sources very close to him tell me, “Amar Singh was very close to Amit Bachchan. Amitji even accompanied him to Singapore when he went for a kidney transplant in 2009 and was there with him until he fully recovered. Later, Amar Singh had a fall-out with Mrs. Jaya Bachchan. Amar Singh foolishly wanted Amitabh Bachchan to support Amar Singh in his war with Jayaji.” When that did not happen (and quite understandably so), Amar Singh got bitter and lashed out against the Bachchans for a full ten years.

He made peace with them before his death apologized in February this year. His death has broken Mr. Bachchan . Sources close to Mr. Bachchan say he never stopped missing Amar Singh. “They were very close. Whatever drove them apart doesn’t matter anymore. Amitji is deeply affected by Amar Singhji’s death,” a source informs.

One wonders where Amar Singh’s other close friends from Bollywood were in his closing years. Jaya Prada, whom he mentored into her political career, has put an obligatory tweet condoling his death which makes no mention of what a huge personal debt she owes the man sho stood by her side for so many years.

One of my last conversations with Amar Singh was about Jaya Prada and her archrival Sridevi. This was about five years ago, “I want to end their legendary rivalry. It is my personal ambition to bring them together as friends again, and I will do it,” Amar Singhji told. He couldn’t end the rivalry. Jaya Prada ended her friendship with Amar Singh before that .And Sridevi left for another world. After his friendship with the Bachchans ended, Amar Singh became very close to Boney Kapoor and Sridevi.

In an interview in 2009, Sanjay Dutt, another one of Amar Singh’s janam janam ka dost in Bollywood, said, “He is a survivor, just like me. He’ll bounce back. He is the older brother I never had. As his sibling, I’m committed to being by his side when he needs me.”