Amidst the busy shooting schedules, Alia Bhatt manages to take time out to snuggle with her cat, Mr. Edward. Currently, she is juggling between the shooting schedules of Gangubai Khathiawadi and Brahmastra. After a long wait, the film is finally set to release on December 4 with Amitabh Bachchan and her beau Ranbir Kapoor in lead roles. While she is busy shooting, a handful of her pictures on the sets of Brahmastra have been leaked and the fans just can’t wait to see what the makers have in store for them.

After a long day at work, all we wish to do is snuggle up with our pets and Alia Bhatt is clearly living the dream. She took to her Instagram story to share a picture with her ‘sulky’ cat, Mr. Edward! The picture is adorable as Alia Bhatt is seen kissing her cat with all the love! Take a look at the picture and we’re sure it will make you want to cuddle with your pet right away! 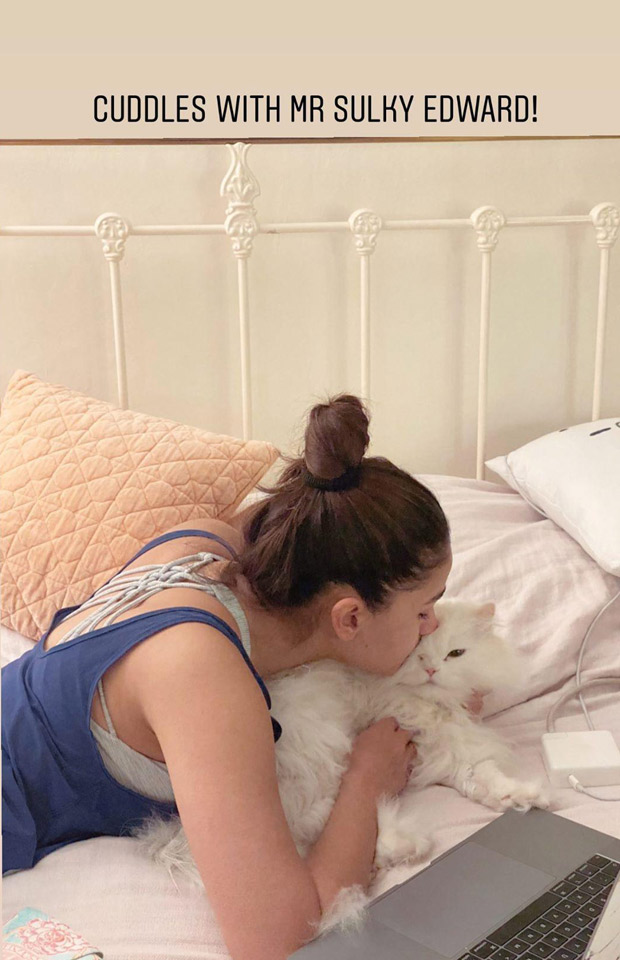 Alia Bhatt is all set to have a busy second half of the year with Gangubai Kathiawadi releasing on September 11 and Brahmastra releasing on December 4.