Alia Bhatt and Ranbir Kapoor seemed to have become the IT couple of Bollywood. Even though the duo has not become public with their relationship, their social media PDA is enough for all the Raalia fans to ship them even harder. They have been shooting for Brahmastra for a while in Bulgaria before they returned to India this month. 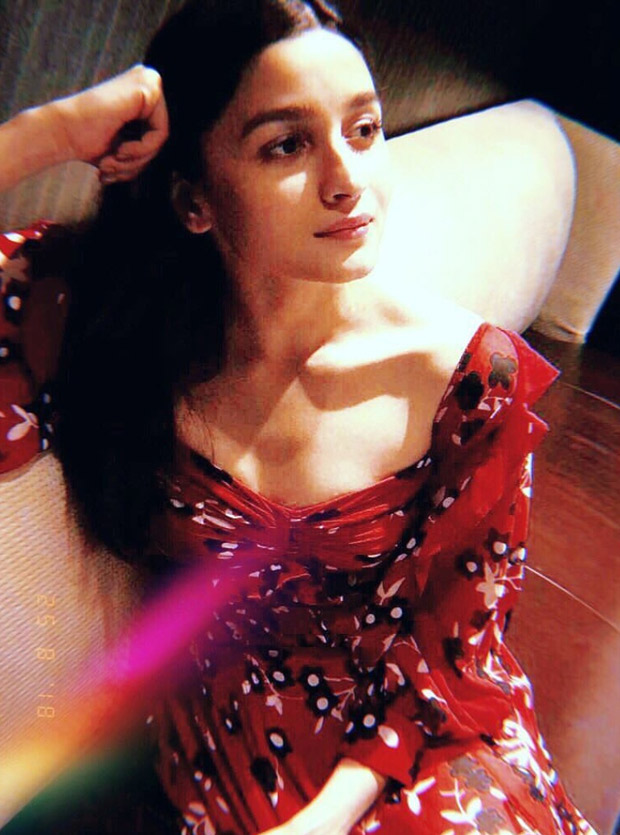 Whilst in Bulgaria, Alia Bhatt shared several pictures from the sets of the film and some of them were clicked by Ranbir Kapoor. Some of her pictures with her friend Akansha and some of them were her solo shots which were absolutely amazing. And once again, Alia has turned muse for her rumoured bf Ranbir and the result is mesmerizing. Dressed in a beautiful red printed dress, she is caught in a candid moment by RK. She captioned the image, "When the angle is right, you gotta do what you gotta do." With the caption she mentioned, the picture is clicked by RK.

On the work front, Alia Bhatt has an array of projects in the pipeline. The actress had completed two schedules of Ayan Mukerji's Brahmastra which stars Ranbir Kapoor, Mouni Roy and Nagarjuna. The film is set for Independence Day 2019 release.

Also Read: Ranbir Kapoor’s NEW confession about his love affair with Alia Bhatt will please the romantic in you