This decade was crucial for the stars who made their acting debut in the 90’s primarily because they were ageing, and there was a strong possibility of them being overshadowed by a gen-next star. But to everyone’s surprise, nothing of that sort happened and the stars from the 90’s continued to rule the industry this decade. Be it opening day, opening weekend, opening week or lifetime, all the records were consistently broken by the three Khans whereas the other two players from the 90’s i.e. Akshay Kumar and AjayDevgn consistently delivered the hits at regular intervals that benefited the industry. The five superstars from the 90’s acted in approximately 76 films and in aggregate contributed approximately Rs 8725 crore in between 2010 and 2018. The average collection per film starring either of them falls in the range of Rs 114 to 115 crore. 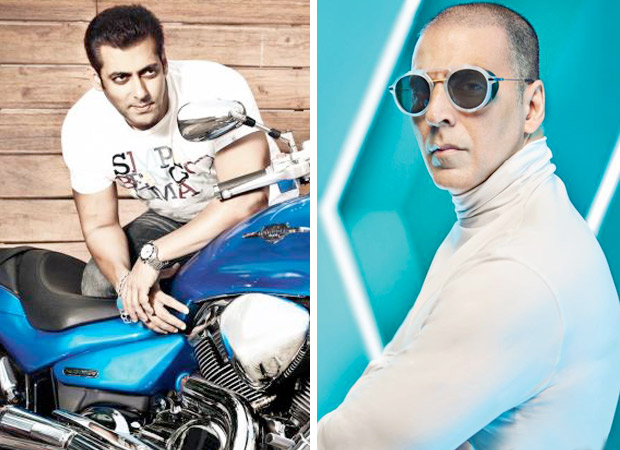 The top two stars of the decade so far when it comes to delivering the huge blockbusters are Salman Khanand Aamir Khan, whereas the top two stars in terms of aggregate Box-Office collections this decade areSalman Khan and Akshay Kumar.

While Aamir Khan has the magnitude of humongous blockbusters this decade, but not the quantity, Akshay Kumar on the other hand as the quantity but not the magnitude of blockbusters. It is Salman Khan who has somehow managed to strike a perfect balance between magnitude and quantity. The person responsible for starting the Rs 100, 200 and 300 crore club in the industry is AamirKhan, and he is rightly called the trend setter. In overseas, Aamir Khan is playing a single side battle but asthis article is about domestic collections, here’s a look at the aggregate collections of the 5 stars from the90’s:

While Aamir Khan finds a place at the bottom of the list, the numbers don’t really speak about the stature and historic run he has been witnessing at the Box-Office. If we make the list considering average collections per film, it would be Aamir Khan who would find a place at the top. It took merely 4 films for Aamir Khan to rake in Rs 1105.85 crore, which takes the average collections per film at an earth-shattering amount of Rs 276.46 crore. This decade, the superstar has delivered 3 All Time Grossers i.e. Dhoom 3, PK and Dangal, a feat that many in the industry can just dream of. Aamir Khan in today’s time is the most trusted brand of Indian cinema wherein audience have associated him with quality work. It would be interesting to see if he manages to touch the Rs 1500 crore mark with Thugs of Hindostan and take the average collection per film to an even better total of Rs 300 crore. An interesting point to note here is the fact that "THE ONLY AAMIR KHAN FILM THAT COULD NOT MAKE PROFITS IN RECENT PAST IS MANGAL PANDEY" and it has been more than 13 years since then. This proves how well Aamir has mastered as the craft of blending content with entertainment.

Given the high standards set by Shah Rukh Khan for himself over the last few decades, the current decade was a little disappointing. Although the superstar films consistently took a strong start at the Box-Office, he wasn’t quite able to pose a huge lifetime total. The only film that has done justice to Shah Rukh Khan’s stardom this decade is Chennai Express, which was an All Time Grosser. Khan has acted in 10 films this decade and his aggregate collections stand at Rs 1289.16 crore. The average collection per film for Shah Rukh Khan is Rs 128.91 crore. With Zero up for release this Christmas, things are expected to just get better from hereon for the superstar. All Shah Rukh Khan films this decade except My Name Is Khan, Fan and Jab Harry Met Sejal crossed the coveted Rs 100 crore club at the Box-Office. The stardom and fan following of Shah Rukh Khan is a lot better than what the numbers suggest and it shall be there for everyone to witness when he comes up with an universally accepted film.

Ajay Devgn had a mixed run this decade as he acted in some immensely successful films on the one hand and some humongous disasters on the other hand, which had a negative impact on his average collection per film. Having acted in 21 films, Devgn has collected Rs 1562.89 crore with a decent average collection per film of Rs 74.42 crore. The biggest hits for Devgn this decade came with Rohit Shetty as films like Singham, Golmaal 3, Golmaal Again, Singham Returns, Bol Bachchan raked in over Rs 100 crore at the Box-Office in India. This is indeed a remarkable achievement for Devgn, as he is one of the very few actors from the 90’swho have not just managed to stay relevant but also going strong even today. Devgn has an interesting slate of film up for release, which is expected to enhance his standing in the industry. Devgn's track-record improved drastically in the last few years, as the start of decade was very bumpy for him with films like Tezz, Rascals, Toonpur Ka Superhero, Aakrosh doing negligible business at the Box-Office. Without these films, Devgn's average would have been a lot better.

Akshay Kumar is the Hit Machine of the Hindi film industry. The more you work, the more are the chances of failure. But despite acting in as many as four films a year, Akshay has been consistent in delivering Hit Films at regular intervals. In the last 8 years, the superstar has delivered more than 10 Hit films, which is a commendable feat. Kumar has acted in 28 films this decade which in aggregate have collected Rs 2255.92 crore at the Box-Office. The average collection per film for Akshay Kumar in Rs 80.56 crore, which is a good number given the fact that he acts in multiple a year. He keeps the cash rolling within the film industry and is the favourite actor of most of the exhibitors and distributors. The problem with Akshay Kumar this decade is the fact that his films have neither taken the humongous opening at the Box-Office (barring Rowdy Rathore), nor have they created records in terms of lifetime collections. However, with films like 2.0, Kesari, Housefull 4 up for release, things are expected to change for good. In-fact, Akshay Kumar might become the first and only Bollywood actor to collect more than Rs 3000 crore in aggregate by the end of this decade.

Salman Khan has been a phenomenon this decade. He held several records in his name which includes biggest opening day, biggest opening weekend, biggest opening week, biggest single day collections, most Rs. 100 crore films, most Rs. 200 crore film to name a few. The only record that Khan has not broken this decade isan all time grosser, whose rights are exclusively held by Aamir Khan. Out of the 14 films done by Salman this decade, 9 of them proved to be blockbusters and 1 was a hit. The four films that failed to live onto the expectations were Veer, Jai Ho, Tubelight and Race 3. The total collections of 14 Salman Khan films this decade stands at Rs 2610.92 crore whereas the average collection per film stands at Rs 186.49 crore. If we make two separate listicles about top stars of the decade considering highest aggregate collections and highest average collection per film respectively, Salman Khan will be the only star to find a place in top 2 slots in both the lists. A lot of people in trade call him the “Blockbuster Machine”, however the under-performance of Tubelight and Race 3 on Eid has proved to be a little setback for Khan.