Alia Bhatt, Sidharth Malhotra, and Varun Dhawan are three of the most successful actors of the Hindi film industry today. What ties these three together is their debut film. The three made their screen debut with the 2012 film Student of the Year directed by Karan Johar. Today, the film completes nine years of release, and the team engaged in some Virtual wala Love. 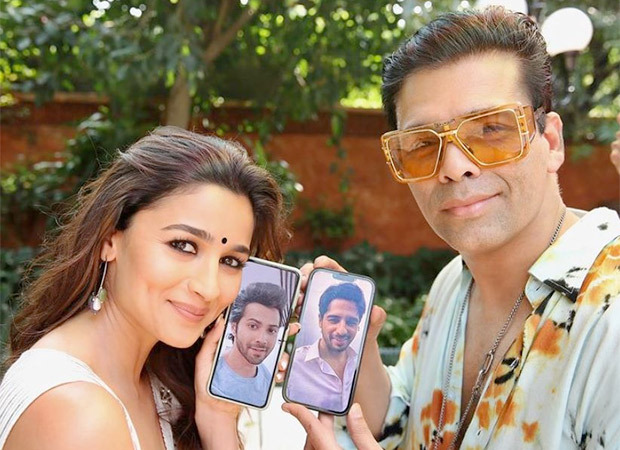 Alia Bhatt took to her social media handle to share a picture of the Student of The Year team reunion. In the picture, Alia and Karan can be seen holding their phones as they spoke to Sidharth and Varun on a video call. Alia and Karan are working on the film Rocky Aur Rani Ki Prem Kahani which marks Karan’s return to direction.

Sharing the picture, Alia wrote, "There’s something about today.. something really special. 9 years later we managed to connect and give each other some happy grateful virtual wala love ".

While the film may not be the biggest blockbuster, it is remembered for its over-the-top school life, catchy songs, and drama. From Disco Deewane to Ishq Waala Love, the film has some of the most memorable songs.

Varun Dhawan, too, took to his social media handle to mark the nine years of his debut film. He shared two pictures of his entry scene in the film where he is seen walking out of a pool flaunting his abs. He also shared a screengrab of his name appearing in the credits. "It’s been 9 years#tbt #SOTY," he wrote.