Alia Bhatt recently celebrated 9 years to the release of her debut film Student of the Year on 19th October with mentor and director Karan Johar and co-stars Varun Dhawan and Sidharth Malhotra who joined them virtually. Alia Bhatt has evolved as an actress over the years. She has proved her worth as a performer with her versatility and strong performances. 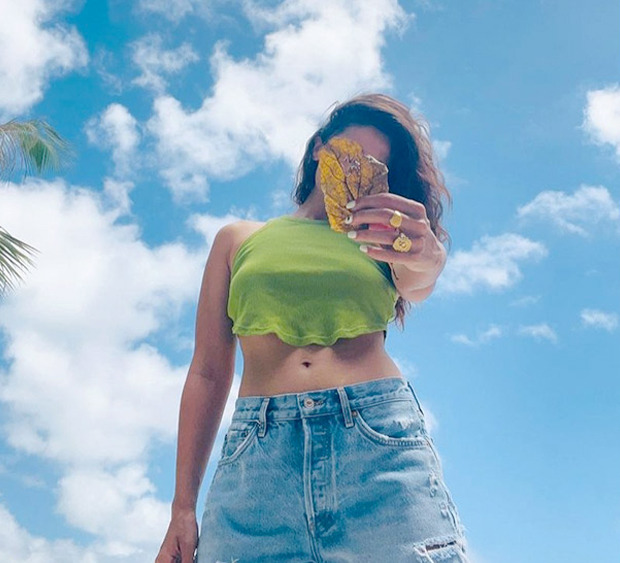 Alia Bhatt made a bright appearance in green on our instagram feed. She pulled off a casual look with a pop. She donned a bright green tank top with a light washed straight fit jeans. She covered her face with a browning leaf. Her hair was seen in a wavy side partition. She kept it simple and completed the look with chunky gold rings. One of the rings worn by her has the number 8 embossed in it. Alia and her love affair with the number 8 is not new and it comes as no surprise as it is beau's Ranbir Kapoor's lucky number.

On the work front, Alia is looking forward to the release of Gangubai Kathiawadi and RRR. Both films will be released in the first week of January. She also has Brahmastra, Darlings, and Rocky Aur Rani Ki Prem Kahaani in the pipeline.