Alaya F is a hottie and it's an undeniable fact. All her Instagram posts are fire and her looks are on fleek. She recently finished filming Freddy with Kartik Aaryan and they were spotted at the wrap-up party of the film at a popular Bandra restaurant where most of the B-Town gang is flocking these days. Alaya was seen donning an all-black, goth look. She looks stunning in a sheer black top with a plunging bustier-styled top with lace detailing. She paired this with skin-tight leather pants. She added a touch of nude to her look with peep-toe nude heels. Alaya’s makeup was simple with a smokey eye and middle-parted hair with soft curls. She added the much-needed bling to her look with silver hoops. 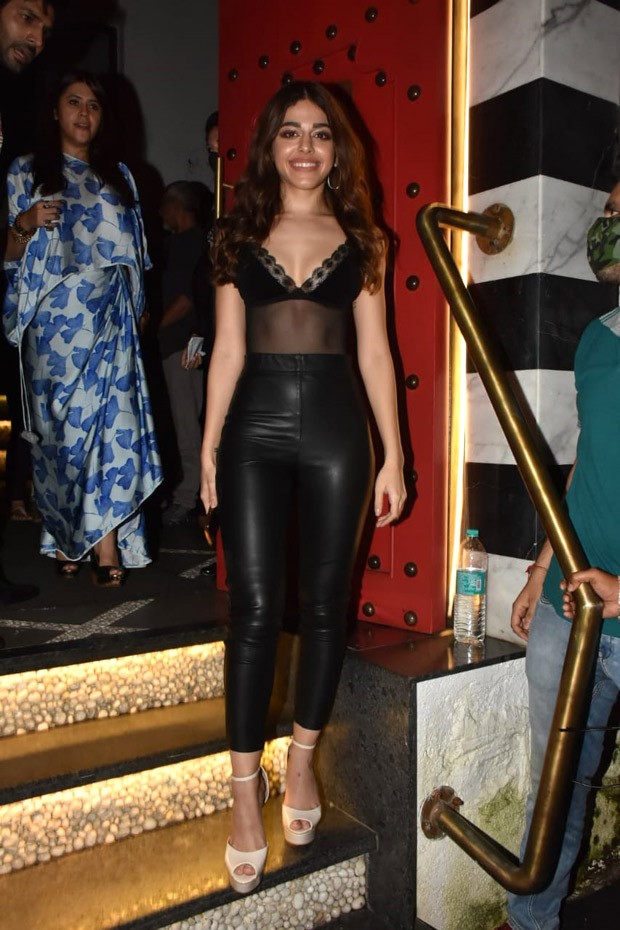 Also Read: Kartik Aaryan and Alaya F share pictures and videos from the sets of Freddy as they wrap the shoot of the film