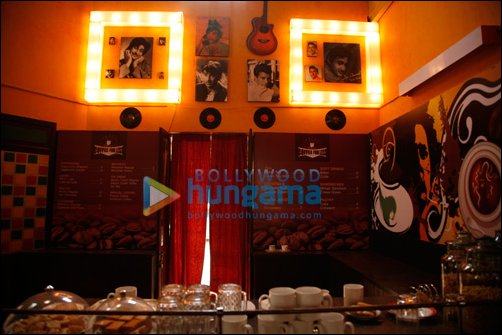 Akshay Kumar's secret hobby is revealed. For those who know Akshay for his stunts and acting skills, here's more news - Akshay's secret passion is to collect old Bollywood film and yesteryear stars picture posters. It's something even his closest friends didn't know

"Akshay has been collecting these posters for years and has built himself a sizeable collection. In Action Replayy, Akshay plays the owner of a coffee house and when the set was being planned, director Vipul Shah mentioned that he wanted it to be a Bollywood themed cafe. They were searching for suitable posters but were getting only cheesy ones from the market. That's when Akshay Kumar revealed that he had many good posters in his personal collection but was in two minds about bringing them out of his house because he was afraid they would get damaged or lost. When Vipul took personal responsibility for them and assured Akshay that he would make sure each and everyone of them was handed back after the shoot, Akshay took him home and let him choose from his collection. Vipul then handpicked some posters," said our source.

When contacted Vipul recounted, "We were not getting good posters and the problem kept cropping up in production meetings. We had absolutely no clue that Akshay had such a collection - it was a pleasant surprise."

On his part, Akshay said, "Yes, it's true that I have lent some posters to Vipul because for the longest time, they couldn't source original ones."